Who Took The Prizes At The London Football Awards 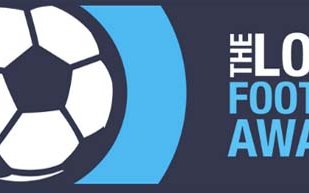 The winners of the various shortlists for the London Football Awards 2018 are now known following last night’s ceremony at Battersea Evolution.

The winners of each category were announced on the evening of Thursday March 2 at Battersea Evolution and winners were again decided by a panel of leading ex players, football administrators and journalists.

The event again raised funds for Willow, the only national charity providing Special Days for seriously ill 16-40 year olds and former Arsenal goalkeeper Bob Wilson was the founder of the charity that has now turned into an annual event in the world of football.

Tottenham Hotspur’s Harry Kane and Arsenal legend Ian Wright took home the main prizes on the night, but there was special mention for Fulham’s Ryan Sessegnon have grabbed the Young Player of the Year award as well as the EFL Player of the Year trophy.

The full winners were as follows.

Community Project of the Year – QPR in the Community Trust – #Game4Grenfell