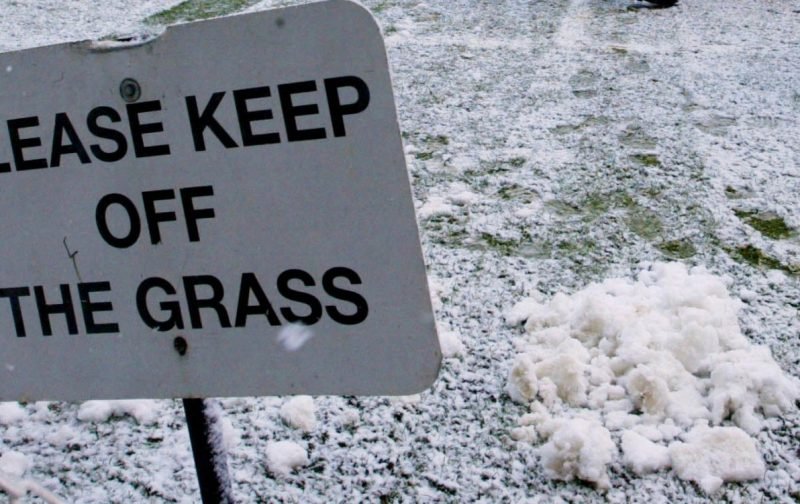 It’s being reported that talks will continue between the Premier League, the EFL and the Football Association about the introduction of a Winter Break.

With the Premier League agreeing in principle for the introduction of a Winter Break in the English top flight judging by the latest television deal tender documents for 2019-22 and a decision being expected imminently when it came to whether or not the Premier League would move in that direction, and if so, the details – it appears fans are now getting the details ahead of a finite decision.

The BBC reported this week that talks were continuing to take place between the three authorities, but with the EFL categorically ruling out a Winter Break given the complications it would cause for their member clubs owing to the number of games naturally within their fixture lists, the idea of talks continuing seems a little spurious really, although there is good reason.

It’s now being said that the first annual fortnight interval would take place early on in January, reaffirming that December festive fixtures wouldn’t be effected.

The suggestion is the Premier League would have at least 13 days off between games where the players will recuperate, rest and…yes probably take in a well paying friendly in summier climes where the exhibition match and growing a foreign brand further wouldn’t be important, the chance for warm weather training would be the priority…not that anyone is admitting that yet of course.

The break would however be staggered, which the cynic will feel ties in nicely with tours abroad, as five Premier League games would be set for one weekend, and five would then take place the next weekend.

Now as we saw last Christmas with the television scheduling giving some clubs dramatically more rest time that others, I wonder how that will work in fairness to sides who are in action on the first weekend given the hectic festive period remains untouched?

The Football Association and Premier League’s thrust is obvious, it’s all about helping England to play football, score penalties and progress on the World stage. Jose Mourinho has focused on English club’s Champions League aspirations, whilst Pep Guardiola spoke of the schedule ‘killing players’ for all competitions.

Neither of them were thinking of the national side and nor was Arsene Wenger when he spoke of ‘cry(ing)’ if a break was implemented in our game. What it did ignore however was an overbloated and unnecessarily complicated UEFA system because they like to see certain names from at least the quarter finals onwards of both the Champions League and Europa League competitions.

A result of this proposed break would be the end of FA Cup fifth round replays though with initial fifth round ties moved into midweek and everyone knows they can be huge money spinners for clubs further down the chain, so that probably explains ongoing input from the EFL.

How much more are the domestic Cups supposed to be maligned for UEFA wonga that’s open to only a few?

Without a common consensus on what this break is supposed to achieve, what is the point other than an exercise seeing the authorities stick their fingers in the air hoping a catch all solution will present itself.

That’s of course ignoring the logistics of taking time out of a season and then having to have those matches scheduled at other points which will cause further gridlock in the fixture list anyway.

‘I suspect that clubs would use the break to jet off to warmer climes to play more games to satisfy TV. No thoughts of player welfare or what the fans want. Fixture congestion is a red herring, make the Champions League a Champions Cup, straight knockout between Champions only, Prem teams in the FA Cup only, there would then be hardly the need for a reduction in league size which could be a further measure. Modern grounds are fully capable of being played on in the worst conditions, even if imported players are too soft to cope with the cold, they simply need to be acclimatised, the Army will show how.’

garygaryshaw was of a similar thought.

‘Waste of time having one. As soon as they get the break they will be turning up for exhibition matches in the likes of Dubai, Beijing and LA.’

As was a certain The Fear.