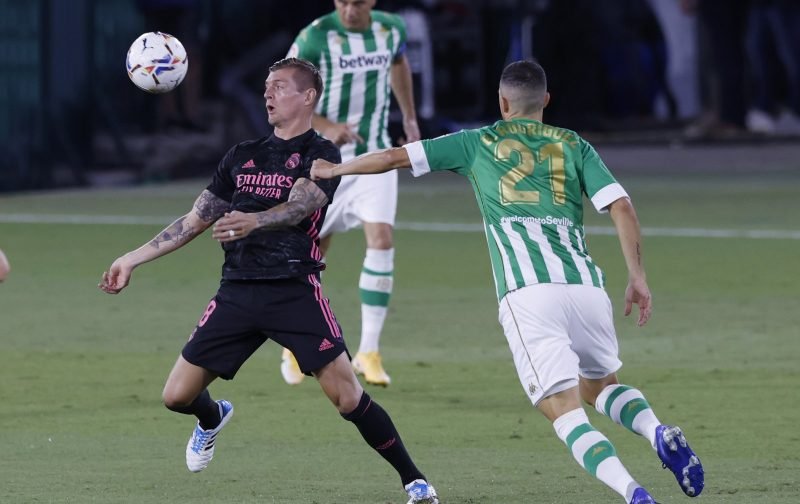 Arsenal are interested in signing Real Betis defensive midfielder Guido Rodriguez, who has a £69m release clause, according to Mundo Deportivo.

The player only joined the La Liga outfit in January 2020 for just €3m (roughly £2.6m) from Mexican side America de Mexico.

His arrival could be bad news for a few of Arsenal’s midfielders especially the likes of Matteo Guendouzi, Lucas Torreira and Granit Xhaka. And with Dani Ceballos’ loan spell ending at the end of this season, it’s hard to see the club signing him permanently or even extending his loan spell after what has been a torrid year for the Spaniard.

Whilst the likes of Torreira and Guendouzi have struggled on their respective loan spells with Hertha Berlin and Atletico Madrid, Xhaka has largely proven inconsistent during his four-and-a-half years at the club.

There have been doubtful reports over the futures of the loaned out duo with Football Insider claiming the France youth international is set to leave the club for £25m in the summer. Meanwhile, reports in January claimed the Uruguayan was asking to leave on a permanent deal.

And whilst the Switzerland international has improved vastly over the course of this campaign, he still possesses crucial mistakes in game which make him a liability at the heart of Arsenal’s midfield.

The Argentine midfielder has some impressive stats which would make him a good signing for the Emirates Stadium giants. He averages 2.5 tackles and 1.8 interceptions per La Liga game, more than any one of Mikel Arteta’s squad have managed in the Premier League.

With Arsenal struggling for consistency across midfield, Rodriguez would be the ideal partner for Partey, who sometimes likes to go wandering further forward. The African’s strong attacking intent needs to be countered with a defensive-minded midfielder and the Argentina international could be a great fit.

In other news, Alan Shearer has lauded this midfielder after his performance last weekend.