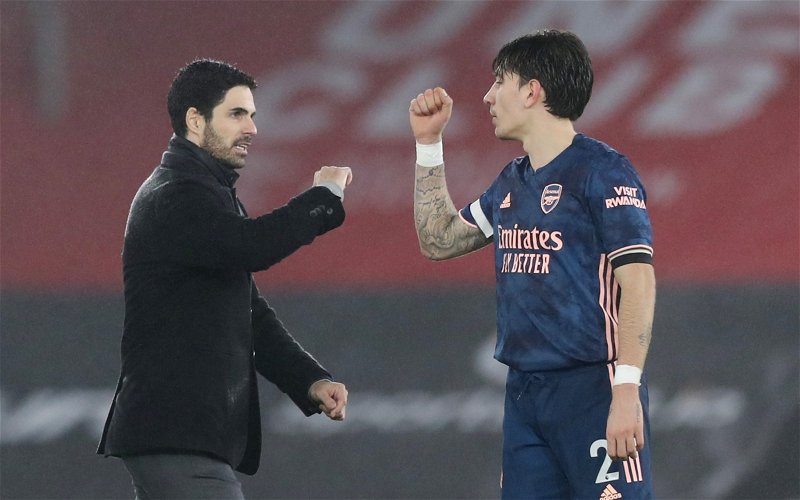 Jordan Jarrett-Bryan has claimed that Arsenal boss Mikel Arteta could be on borrowed time from the start of next season if he is not careful.

The Gunners are staring at the possibility of no Champions League football for a fifth consecutive season should they get knocked out of the Europa League with the club a massive nine points of fourth-placed Chelsea.

Speaking on The Football Writers Podcast, the journalist claimed that fans could be baying for blood if the club don’t win the Europa League this season and start next campaign badly.

Jarrett-Bryan said: “Let’s say he doesn’t win the Europa League. The first 10 games of next season, I think, are going to be huge for him. He has to start the season really well. Because if Arsenal finish this year, eighth, ninth, tenth and [with] no trophies, the fanbase are going to be really, really baying for blood if we don’t start the season well.”

“He’s on borrowed time because he won the FA Cup last season, for me. I believe in him, but even I, as his biggest supporter, will be onto his onto him really hardcore to maybe leave if he doesn’t start the season well. And that for me, again, is predicated on bringing in two or three key players this summer.”

There are two sides to the situation surrounding Arteta. He has shown in flashes that he is the man to lead the club forward into a new era with his results against the traditional big six and the sturdiness of Arsenal’s defence.

However, it’s defensively where the Gunners have really shone this season with Arteta having moved heaven and earth in order to fix the team’s backline. With just nine games left in the season, the Reds have the joint-fourth best defence in the league, a vast improvement from last season.

But, the results haven’t panned out as successfully as his methods may have with the side languishing in 10th place in the top-flight. And with the club facing the prospect of no Champions League football yet again, Arteta could well be under pressure at the start of next season.

In other news, Arsenal are interested in a La Liga midfielder, who has a £69m release clause.