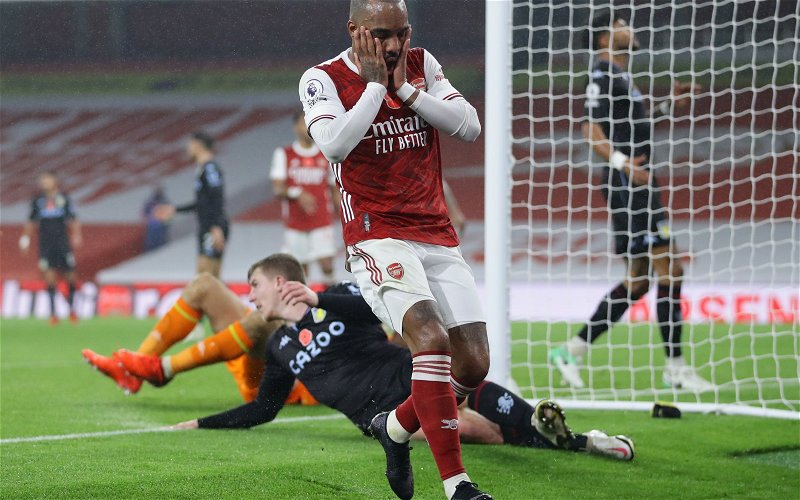 Lacazette hasn’t been in the greatest of form recently and has tailed off following three goals in his opening three Premier League games.

In the latest episode of ‘Wrighty’s House’, the former Gunners frontman seemed to take aim at the former Lyon forward for his positioning during the recent defeat to Aston Villa.

He said: “I was talking about Mikel and how offensive he wants to be, and it’s literally impossible in this team.”

“I saw some stats about Lacazette’s average position. For a focal point, he’s not near it. With the chance he had, for me, even with no one in the ground, you could see he’s going through that spell as a forward where he’s thinking about his next chance.” (via Wrighty’s House)

Lacazette is proving to be an enigma under Mikel Arteta, sometimes he’s proving to be a brilliant option in the number nine slot, other times you’re scratching your head wondering how he’s starting for the club.

His recent performances have been nothing short of abysmal with the 5’9 forward missing easy chances in recent home defeats to Leicester City and the Villians.

What’s more shocking than his lack of potency in front of goal, is how little Lacazette contributed to the side’s display last Sunday. The forward completed no dribbles and had no shots on target as he proved to be an anonymous figure.

The calls for Pierre-Emerick Aubameyang to play as a number nine will only grow louder and louder. It seems as though Arteta is resisting any temptation to make such a move, something that will continue to hamper the north London outfit due to Lacazette’s incompetencies.