‘I’m open to everything’: Arsenal ace opens door to future outside Emirates Stadium 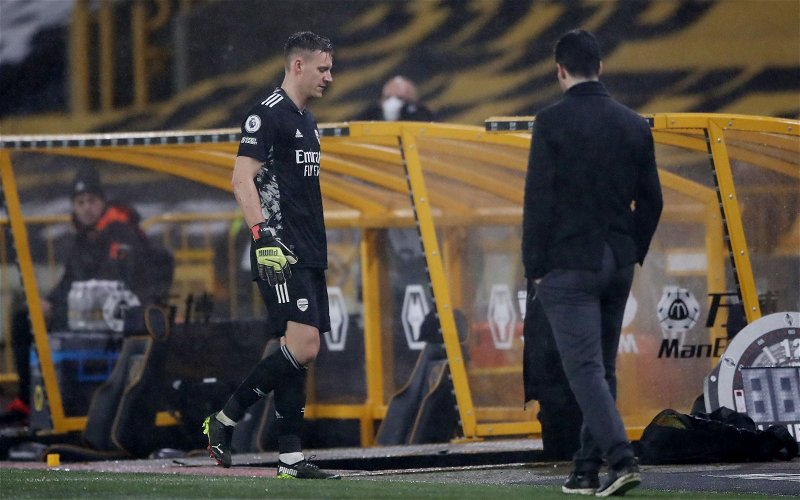 Bernd Leno has admitted that Arsenal are yet to talk to him about a new contract despite the German’s current deal expiring at in just over two years time.

The former Bayer Leverkusen man joined the Gunners back during the summer of 2018 and has enjoyed number one status for the entirety of his spell with the club.

Speaking ahead of the crucial clash with Slavia Prague, he claimed that he’s not focusing on his future at this moment in time and that he’s open to anything in the future.

Leno said: “Not yet and at the moment it’s not the time to speak about the future. I know that I still have two years left on my contract and I’m also 29. For a goalkeeper, that’s not too old. I’ve still got some years to go. I’m very happy at the club. I don’t know what will come in the future, but I’m open to everything.”

“Maybe for a new adventure or to stay at Arsenal. Like I said, I don’t think about my future because two years is a long time. At the moment there are no conversations with the club or anything else.” 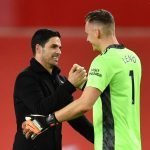 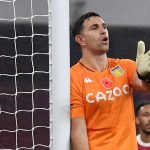 Back during last summer, there was intense debate among people associated with the club over who should be retained as the number one ‘keeper. Ian Wright claimed he was devastated to see the Reds sell the 28-year-old after he helped the team win the FA Cup.

Emiliano Martinez filled in for his German counterpart to great effect after he injured himself in the away loss to Brighton and Hove Albion. However, upon his return to fitness, the Argentine was sold to Aston Villa with Mikel Arteta picking Leno as his undisputed number one.

Looking back at the Spaniard’s decision to keep Leno over Martinez, there doesn’t seem to be much of a difference between the two players especially this season. Both have had their good moments, however, has equally dropped some clangers this season. The 29-year-old has been at fault from playing out of the back, meanwhile, Martinez has allowed shots to squirm underneath him and produced weak saves.

Analysing the career of both, you’d say Leno has the edge given his vast experience with both Leverkusen and Arsenal. He’s racked numerous top-flight and European experience, making him a valuable asset to the current squad.

In other news, Arsenal are unlikely to offer one experienced player a new deal.