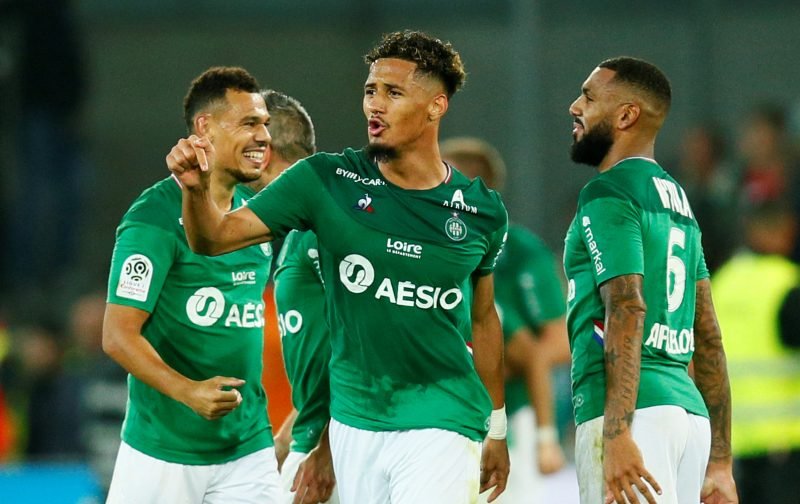 The 2019 summer signing from Saint-Etienne has yet to feature for the first-team with the club seemingly taking their time over his inclusion.

In his pre-match presser, the Spaniard claimed that Saliba is making improvements as he claimed the 19-year-old has suffered from some ‘personal problems’ which has slowed down his progress.

Arteta said: “To be fair, he’s made massive improvements in the last few months and it’s been a really tricky situation for him. As I mentioned before, designed a pathway for him and there were a lot of things that happened to him in his personal life and professionally as well.” (via Arsenal)

We’ll never know just what is happening with the France youth international, who has strangely been left out of the senior side.

It proves confusing because just earlier in the year he was compared to the likes of Virgil van Dijk and Raphael Varane. I can’t imagine a player of that high quality would just be randomly left out of the first-team. Arteta did mention that there had been some personal problems for the former Saint-Etienne.

It was confirmed by journalist Kike Marin that the youngster had lost both of his parents in a short space of time, most likely why he’s been eased into life in a different city without the two main rocks in his life.

Whatever happens in the future, the former Manchester City coach must be wary about potentially losing the talented ace. There are worries he could leave the club altogether with reports claiming he’s growing frustrated with his situation at the club and that AC Milan lodged a bid to sign him permanently.

From the sound of it, Saliba’s situation is one even he can’t understand. Arteta may well be telling lies, however, one thing that I’m sure of it he cannot be allowed to leave the club for any fee.

In other news, this Arsenal ace snapped up the player of the month award yesterday.