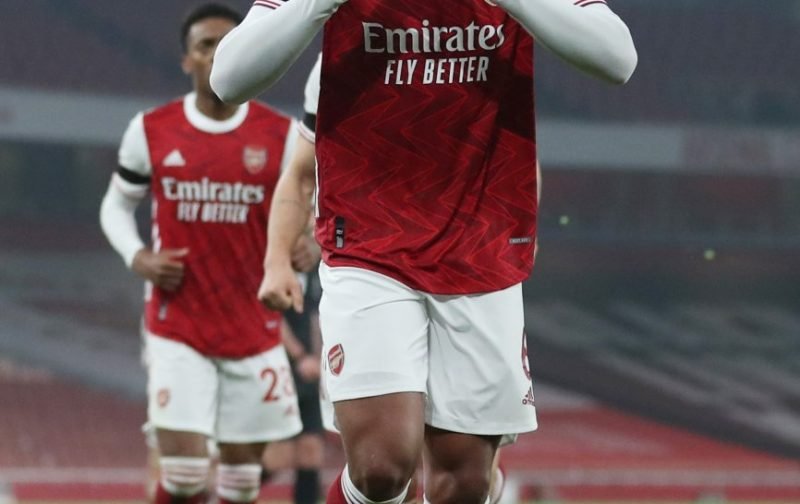 Gabriel Magalhaes has secured Arsenal’s player of the month reward for the third consecutive time on Wednesday.

The £25.2m-rated Brazilian, who joined the club from Lille for just £23.14m back in the summer transfer window follows up his win in September and October with victory in November.

He played in all five league fixtures last month with the north London outfit winning just once.

It’s an embarrassing state of affairs at the Emirates Stadium who have a staggering number of good forward players to rely on to score goals.

If Pierre-Emerick Aubameyang, Alexandre Lacazette and Nicolas Pepe start a game together, that’s over £150m worth of talent their alone. Their failure to perform consistently throughout the campaign has led to the Brazil under-23 international’s victory of the gong. The trio have scored a combined one goal, penalty away to Manchester United, and no assists.

However, it would wholly unfair to pin the blame on just the players with Mikel Arteta having done his best to destroy any self-belief the attackers had coming off the back of an FA Cup victory. The Spaniard’s negative tactics helped the Gunners prove to be one of the best defences in the league at one stage this year, however, hampered the forward player.

It’s probably one Gabriel has won the gong for three consecutive months. The club have been defending so much that the Brazilian is being allowed to showcase his talent to the top-flight supporters. But, this can’t be allowed to continue especially if the club harbour ambitions to finish in top-four. To win football games you need to score goals, and if your defender is winning the player of the month award, well then you’re in trouble.