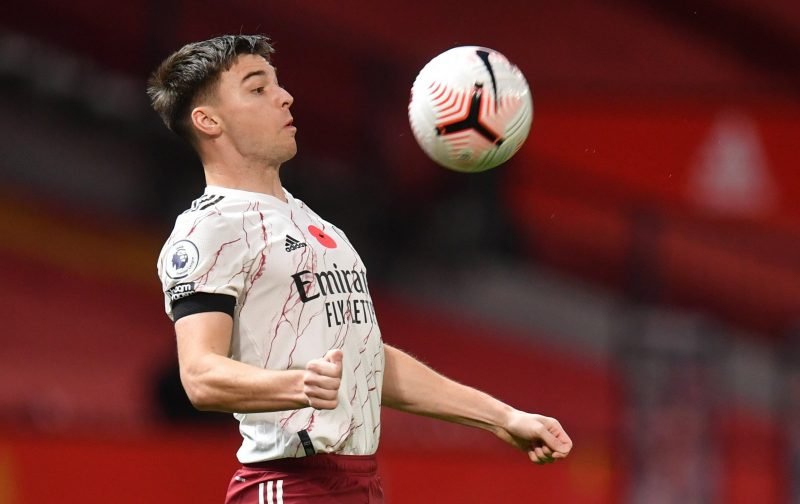 Adrian Durham has hit out at Kieran Tierney following Arsenal’s 0-0 draw away to Leeds United.

Tierney made his eighth start of the season as the Gunners reverted to a back-four for the second consecutive Premier League game.

The famed talkSPORT presenter had a pop at the Scotland international, comparing him to the likes of Patrick van Aanholt and Luke Shaw as opposed to other top-flight full-backs.

He said: “All the Arsenal fans think that Tierney is a future captain and he’s brilliant. He’s on a level right now with van Aanholt and Luke Shaw, he’s behind an Aaron Cresswell or an Enda Stevens or a Castagne or a Matt Targett. I mean he’s way behind Reguilon and Digne. He’s miles behind, million miles behind Chilwell and Robertson.”

“You know Tierney’s ok, he’s alright but he’s not going to be the answer to all of Arsenal’s problems, yet all the fans to think he is.” (via talkSPORT)

Is Tierney one of the best left-backs in the Premier League? 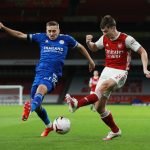 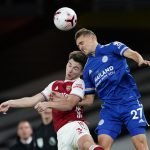 In all honesty, I’ve never heard such rubbish in my life. From the moment the former Celtic man joined the club there has been a noticeable improvement in quality from the 23-year-old’s predecessor Sead Kolasinac.

Tierney showed a glimpse of his ability to attack with brilliant effect when the Scotsman made his debut in the League Cup against Nottingham Forest, whipping in brilliant crosses for Gabriel Martinelli to attack .

He’s also not too shabby defending his left-flank from tricky wingers, averaging similar tackles and fewer fouls per game than Chelsea’s Chilwell.

However, what he has brought more than anything is his hunger and desire to become a winner, seen by reports over how he trains. It emerged midway through last season that the £28.8m-rated Scotland international was told to calm down his aggression in training due to fears over injuring a teammate.

Out of all the things you want to hear about players, being told they’re almost ‘too committed’ in training is music to the ears of most football fans.

From his desire and energy to his quality in the final third, the left-back is up there with the best full-backs in the league, and to think otherwise is rather stupid.

In other news, Freddie Ljungberg has urged the club to take this action.