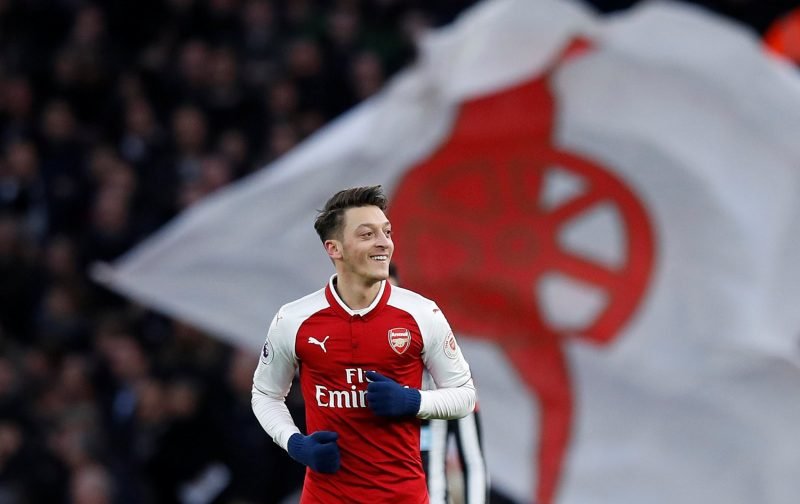 The £8.10m-rated German seems to have been frozen out of the side for one reason or another after he was left out of the squads for the Europa League and Premier League.

It seems the former club captain wants the playmaker to be reintroduced into the first-team picture, claiming he can still play a pivotal role for the club.

Adams said: “Ozil for me is one of the best creative players in the world. What he struggles with at times is the defensive side.”

“But when you’re putting him on the sides and asking him to go with runners, he’s not got that in him. But with [Thomas] Partey he’s got someone who can [do that].”

“I always said Ozil’s the cherry on the cake without [Arsenal having] the cake but we’re getting some players in the team [now] with stability there.” (Sky Sports via Football Daily)

The Germany international omission from the first-team squad would be more understandable if the Gunners were creating more chances. However, the fact of the matter is the Arteta’s men are struggling in the final third.

Just nine goals from eight league games is a shocking return for a club who has been renowned for their attacking football since Arsene Wenger took over in 1996.

One of the key reasons for the struggles is due to how static players are in and around the oppositions penalty box. With Ozil you are guaranteed two types of quality; his movement into little pockets of space and a killer pass to open up defences as seen by the stats during his time in N5.

The 33-year-old has played more than two keys passes per league game in all but one of his six seasons in north London. It only further backs up Adams’ claims that the midfielder is one of the best creative players in the world, making his omission all the more surprising.

When you leave out your most creative player, you need to ensure the side can break down low-block defences with ease, however, that is far from the case. Arteta has been made to look a fool by omitting the German, who should be reintroduced back into the fold come January.