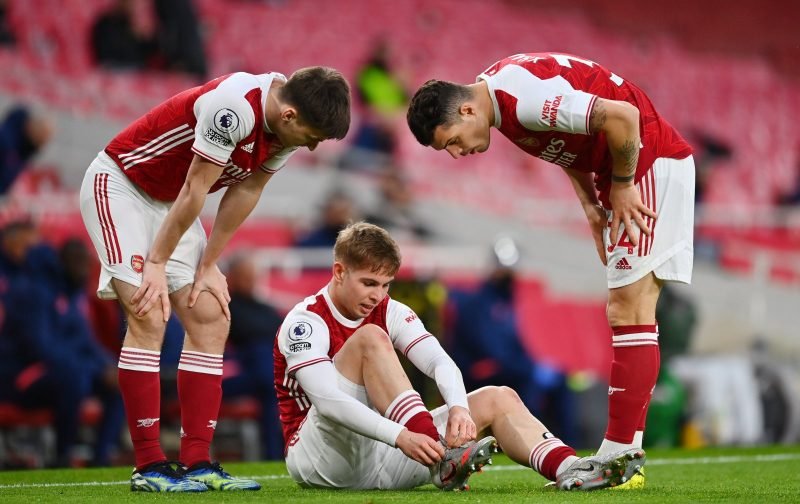 After Emile Smith Rowe was confirmed fit for Sunday’s north London derby versus Tottenham Hotspur, Mikel Arteta finally had every single member of his first-team squad at this disposal. Well, it seems lightning does indeed strike twice as the Gunners go into their fixture against Olympiacos with no fresh injuries.

It fills your heart with glee right? Just a quick search on Google gives you a glimpse into how much of a rare occurrence a fully fit squad is for the Gunners. According to the search engine, the Reds last had such a thing way back in April 2016.

And during the recent pandemic as well, it’s stunning that a club that possesses a vast record of injury problems throughout recent years can be so clean during one of the most congested seasons English football has ever seen.

You’d need more than ten fingers to count the number of players who have had their careers ruined as a result of long-term injuries. Aaron Ramsey, Abou Diaby, Jack Wilshere and Eduardo Da Silva are but a few of the names from recent history whose Arsenal careers have been blighted with fitness problems.

The fixture list has been so jam-packed since the start of the campaign, that Arteta’s men have had just seven weeks without a midweek game since September 2020.

In all honesty, it’s a mere miracle that a side like the Reds are injury-free during this moment in time. However, it’s welcome news as the north London outfit look to do battle in their hunt for Champions League football.

In other news, Mohamed Elneny has launched a stunning defence of one teammate.