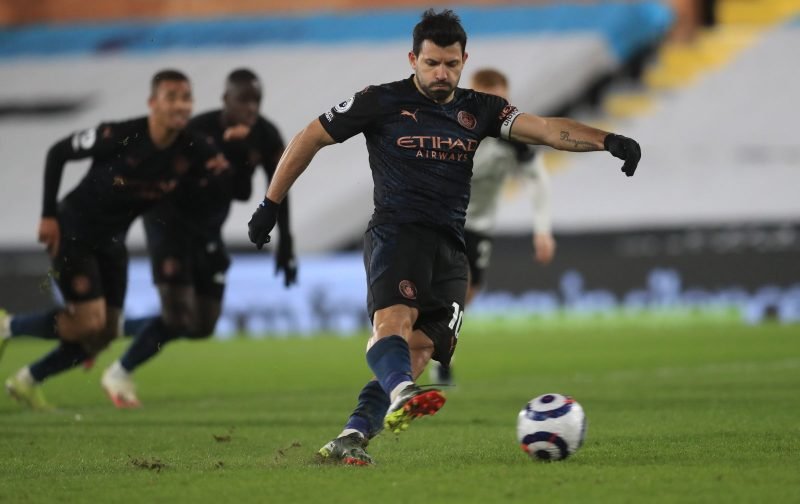 Gael Clichy has claimed that Sergio Aguero would be a ‘good fit’ for his former club Arsenal after it was announced the striker would be leaving Manchester City at the end of the season.

After a career spanning nearly a decade with the Citizens, the Premier League legend will leave the club as a free agent following the expiration of his contract.

Speaking to Stadium Astro, the former invincible labelled his former club as a ‘good fit’ for the forward, claiming they play ‘nice football’.

Clichy said: “I could see him staying in the Premier League because he will want to climb to third or second [in the all-time top goalscorers charts],” Clichy said. “Does he want that? 10 years with City is enough, I think he will move where he can enjoy a bit more.”

“He loves the sun. I would like to see him stay [in England] to get to second or third in goals, but I think he will move. I think Arsenal is a good fit, in terms of style of play. They play nice football, but I really doubt he would go there. Spain probably.”

You’d imagine the former Gunners man is telling a joke when he labels the Gunners as a good team for the Argentine to join. Whilst the north London giant do play some great football, so do the other 18 teams in the Premier League.

A look at this bonkers season tells you that most of the teams fighting for European football play an attractive style of football that would make Aguero a good fit for them. Unfortunately, it doesn’t make any of them a ‘good fit’ for the veteran striker, who will be looking for a project which meets his high ambitions as he reaches the end of his career.

Arsenal’s lack of Champions League football is sure to be a factor in holding them back in realistically signing the 33-year-old. Also the fact, Aguero is reportedly eyeing a move to a European league as opposed to a team in England.

Signing the centre-forward would be a dream and nothing more. His lofty ambitions don’t match that which are currently being achieved at Arsenal, making a potential deal nigh-on impossible.

In other news, one player could be out for a number of weeks after he went off during the thrashing against Liverpool.