Wenger Gets The Home Send Off He’d Have Wanted 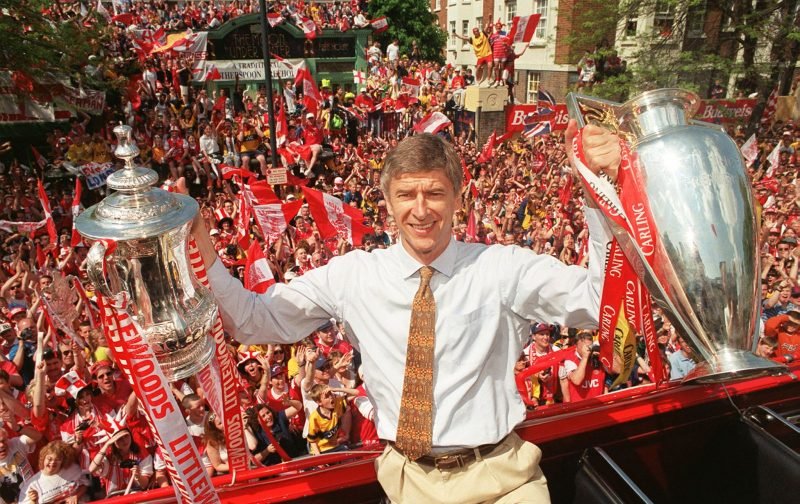 With further disappointment for Arsenal in the season of 2017/18 with defeat to Atletico Madrid in the Europa League semi-final, the Arsenal players did at least give him the send-off he’d have wanted at the Emirates Stadium in our final home game of the season.

Thanks for all your support at the Emirates this season – win, lose or draw, you're with us and we appreciate that ????????#WeAreTheArsenal ???? pic.twitter.com/rRLJm2sWaE

The result guarantees sixth place for us in the Premier League table; we can neither catch Chelsea in fifth nor be caught by Burnley in seventh, so the easier Europa League path has been secured with Burnley taking the early start to next season.

After mixed feelings and views for the last couple of years, Wenger’s 22-year reign on home soil ends as it begun 7,865 days prior – he began with a 2-0 victory over Blackburn Rovers away and ends with victory at home and he’ll hope to remain at least unbeaten in the two away games to follow as we travel to Leicester City and Huddersfield to close the campaign out.

It's over to you: let's have your #MerciArsène messages for the boss

Here's some inspiration from some fans we spoke to yesterday… pic.twitter.com/13X26zWLDh

The match represented his 475th win in 826 Premier League games – the Invincibles season, as well as our league and FA Cup double years, stands out in memory. As does the seven FA Cup wins in total.

Plenty of familiar faces were in attendance and fans remained en masse for the on-pitch celebration following the game and Arsene’s speech.

Merci Arsene indeed and the perfect, classy send off his history with the club deserved.

His time in the top-flight, with two to play, sees him take charge of more Premier League home ties than any other manager (414) with him having won 286 of them. The curtain comes down with 54 home league goals scored, our joint-highest tally in a single campaign, along with 2004/05.

Speaking to the BBC immediately after the game a more emotional than usual man explained.

“It is impossible to feel nothing unless you are completely robotic. It is 22 years of total commitment and togetherness. Overall I would like to thank everybody. I had the luxury of doing this job for 22 years at the same club and I am grateful for that. The fans may be lost at the start next season, but they will have a new manager and they can continue the work as the basics are here.”

Another chap was saying his goodbyes as well, Per Mertesacker had his own message for the fans.