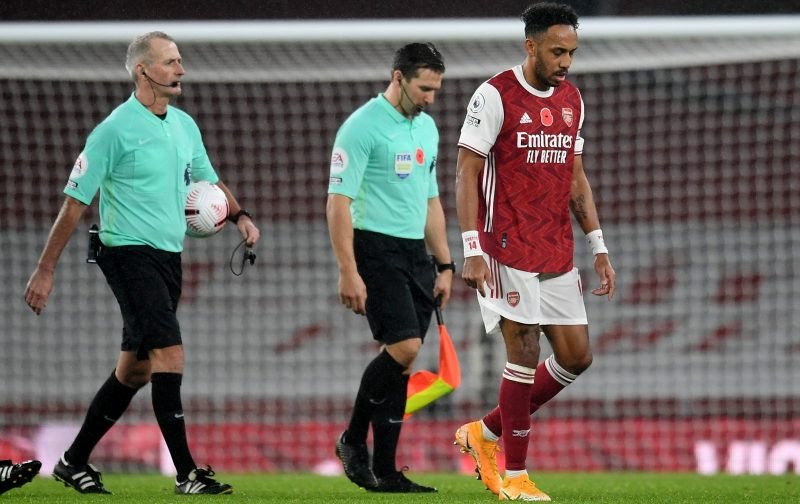 Mikel Arteta has warned Arsenal players against relying on Pierre-Emerick Aubameyang for goals following the side’s 4-0 win over West Brom.

The Gunners were in stunning form as goals from Kieran Tierney, Bukayo Saka and Alexandre Lacazette sent them on their way to a third consecutive Premier League win.

Speaking after the game, the Spaniard praised Lacazette for his rich vein of form with the 29-year-old having scored five goals in four games.

Arteta said: “We can’t keep putting all the weight on Auba’s shoulders to score the goals. We need contributions. The midfielders need to score more and give more assists, and we need goals from our wingers as well. Laca is in great form and has scored five goals in his last four games, which is what we need from our strikers.” (via The Metro)

There have been some very unreal expectations placed on the shoulders of Aubameyang this season. Fans seem to be lashing out at him for his lack of goals, and I can’t get my head around why that’s the case.

Having carried the club so much since his move for Borussia Dortmund, the Gabon international is one of just two players, Bernd Leno being the other, who should really be cut some slack.

All great strikers have gone through a patch in their careers where their heads down and they’re not scoring. Now, it’s Aubameyang’s turn and he needs the support of everyone around him, including his fellow players.

Goals from midfielders was something of a myth last season, even from Lacazette, who managed just 12 all season. With the Frenchman having stepped up this season, it’s time for the midfielders to do likewise or the Gunners face heartbreak in their search of Champions League football.

Aubameyang has been treated poorly by some quarters of the fanbase in recent weeks and with the forward struggle, he could use a boost in support rather than criticism.

In other news, this youngster has helped change Arsenal’s fortunes after their horrid December form.