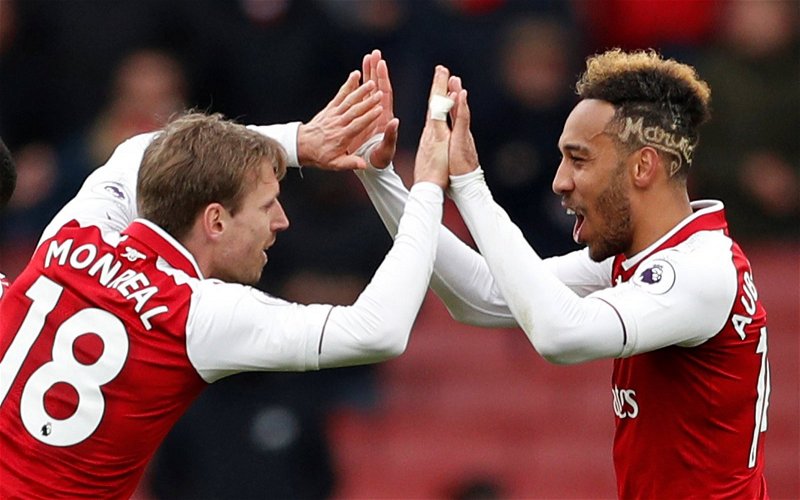 Frank Lampard asked the Chelsea board to sign Arsenal’s Pierre-Emerick Aubameyang during last January’s transfer window, according to The Athletic.

At that point, the Gabon forward was considering leaving the club after a less than impressive start to the Gunners’ season.

However, the club’s board didn’t grant the request and the striker went on to score a brace against the Blues in the FA Cup final before signing a new deal in north London.

It’s safe to say the Gunners dodged a bullet by retaining the services of their only world-class player. Aubameyang has been the glue which has kept this club together since he joined the club back in 2018 with his goalscoring feats.

During a time when the club have fought to hold on to their status of constants in European football, the 32-year-old has come up trumps with his goal.

Back in July and August, when qualifying for the Europa League proved impossible through the Premier League, the £36m-rated ace scored braces in the FA Cup semi-final and final to defeat Manchester City and Chelsea.

And to see him commit his future to the club was one of the only plus points in what was a dismal first half of the season as the club slipped to as low as 16th in the top-flight.

I can’t imagine what would’ve happened had Aubameyang left the club last January, it doesn’t even bare thinking. His goals were the sole reason Arsenal managed to win a trophy and qualify for Europe in what was dismal campaign last year.

In other news, one player is in talks to have his contract terminated.