Report: Arsenal set to be offered winger in exchange for disregarded £28.8m-rated ace 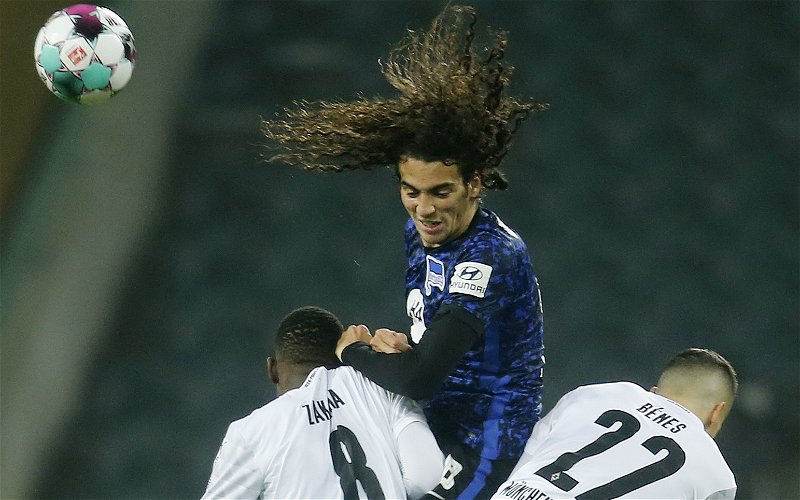 Arsenal are set to be offered Julian Draxler in exchange for Matteo Guendouzi by Paris Saint Germain, according to L’Equipe (via Daily Mail).

It has been claimed by the French publication that the Ligue 1 champions have retained an interest in the £28.8m-rated midfielder since before he joined Arsenal back in 2018.

Guendouzi has been rarely used by Mikel Arteta since he had a high-profile incident with Brighton and Hove Albion’s Neal Maupay which raised worries over his attitude.

Given how much of a rebuild Arsenal are undertaking, it seems the France youth international could be another player who will face the axe in the summer’s transfer window. The youngster will have just one year left on his contract when he returns from his loan spell with Hertha Berlin at the end of the season with Arsenal likely to cash in.

It seems Arteta took exception to the 21-year-old’s show of attitude late last season in the clash with Maupay after it emerged the midfielder refused to apologise. Given how harmonious the Arsenal squad have proven to be in recent weeks, you can understand the desire to rid the squad of any misfits like Guendouzi.

And in Draxler, the north London outfit would be acquiring an attacker who possesses more than enough quality to make a difference in forward areas. One of Arsenal’s biggest problem areas this season has been the left-hand side with Pierre-Emerick Aubameyang failing to make much of an impression.

Given Arteta’s treatment of Guendouzi, it would be safe to say he doesn’t have a future at the club. And with the offer of a quality left-winger in the club’s hands, it seems to be a swap too good to refuse.

In other news, Martin Keown has praised a Premier League ace ahead of this Saturday’s crunch clash.