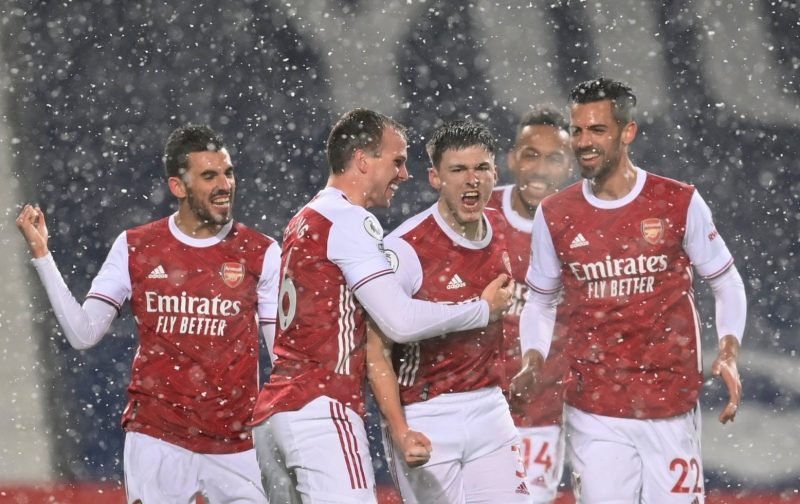 One of Arsene Wenger’s former players has told Arsenal to forget about finishing in the Premier League top-six after their poor start to the season.

The Gunners currently sit in 11th place in the division with less than half the fixtures remaining with as many as five of the 10 teams above them holding games in hand over him.

Ikpeba said: “I am a big fan of Arsenal, the former manager Arsene Wenger was like an idol to me, he was a manager who brought me to AS Monaco. I know his philosophy and from what has happened in recent years, the fans should accept that they have a squad that is not good enough now to end the season in the top six.”

Whilst it’s harsh, it’s a reality for anyone associated with Arsenal. The current first-team squad have shown, not just this campaign, but over the course of a number of seasons, that they’re not good enough to reach Europe.

Last year was one of the poorest the north London outfit have endured in their modern history and to out-do that particular feat is incredible. As mentioned above, Mikel Arteta’s men are currently in 11th position and should the season end as expected, the side’s only chance at European football would be through a Europa League triumph.

The quality of the current squad has been called into question by pundits/experts a number of times over recent years. Gary Neville labelled a few players ‘uncoachable‘ after Unai Emery was sacked back in 2019, meanwhile, Graeme Souness has gone on record to call the group of Arsenal players a team of ‘son-in-laws’.

Arsenal’s hope of European football lies in the hands of their Europa League campaign. The first team in their way is Liga Nos giants Benfica, but, with the likes of Bayer Leverkusen, AC Milan, Tottenham Hotspur and Leicester City in their way, it seems even this route is near-impossible.

In other news, Arsenal have been keeping tabs on one of their on-loan players.