‘He needs to compete’: Mikel Arteta lays down challenge for £16.2m-rated ace after omission 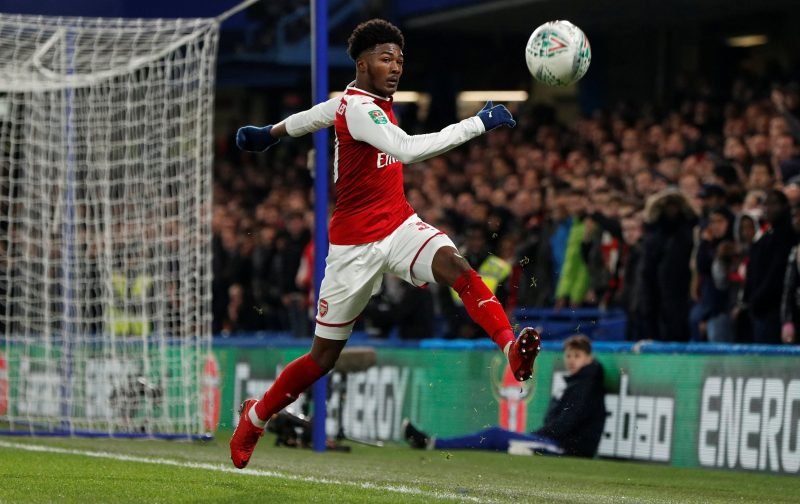 Mikel Arteta has laid out how Ainsley Maitland-Niles can fight his way back into the Arsenal squad after the star’s omission from Monday’s win over Newcastle United.

The Englishman was left out of the 20-man squad for the clash against the Geordies after his shocking performance against Crystal Palace last Thursday.

Speaking following the 3-0 win, the Spaniard claimed that the England international has been given plenty of minutes to impress him this season.

Arteta said: “He needs to compete for his place like everybody else. There have been a lot of players who have been left out of the squad and they have less minutes. Ainsley has played some minutes in the league, he’s played a lot of minutes in the Europa League.”

“He’s played in the Emirates FA Cup, he’s played semi-finals and finals for us so it’s about him, his performances and how much he wants to be in the team.” (via Arsenal)

The comments from the former Manchester City coach do prove quite strange especially after the events of last month.

Maitland-Niles did perform fairly well when the Gunners went away to Everton and got beat 2-1 as he reduced Richarlison to mere scraps. The Brazilian had no shots on goal and played no key passes as he proved ineffective whilst getting marked by the 23-year-old. His reward was to get dropped for the huge clash at home to Chelsea despite his strong display a week earlier.

And the ace wasn’t seen since the home victory over the Blues, from the start at least, until the home clash with Crystal Palace. Admittedly, he was fairly poor, giving the ball away constantly and not proving a threat in the final third, but it was his first start since the middle of December and he was playing on the wrong side of the defence.

With all the talent in the world and a bright future ahead of him, it seems as though the £16.2m-rated ace’s future lies away from the Emirates Stadium.

In other news, Kevin Campbell praised one player after his brilliant performance against Newcastle.