‘He was brilliant’: Kevin Campbell lays praise on £3.6m-rated ace who gives Arteta ‘a problem’ 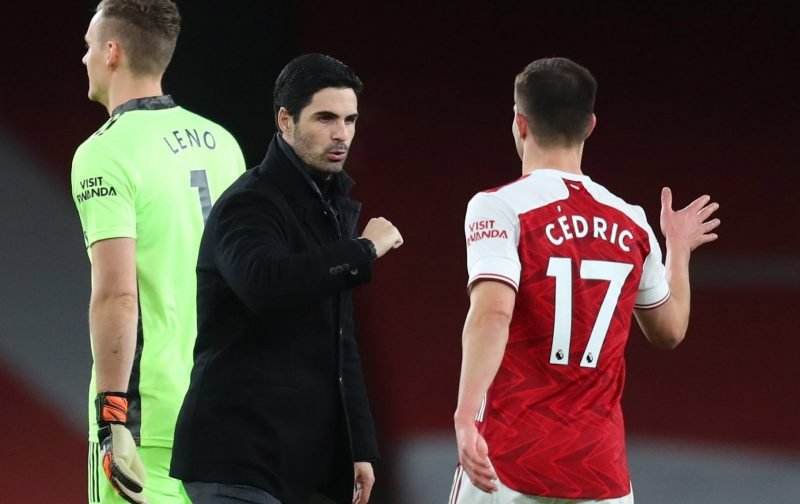 Kevin Campbell has been left in awe of Cedric Soares after his performance in the 3-0 win over Newcastle United on Monday evening.

The £3.6m-rated Portuguese defender started his first Premier League game of the season and contributed to Arsenal’s third goal of the night, pulling the ball back for Pierre-Emerick Aubameyang to slot into an empty net.

Speaking to Football Insider, the former Highbury favourite claimed the former Southampton man was one of the side’s best players on the night.

Campbell said: “He was brilliant. Mikel Arteta is rotating, Bellerin drops to the bench and Cedric comes in and I thought he was one of our best players. He defended well and attacked well. He put some really dangerous balls into the box and picked out Aubameyang for his second. Fair play to him because he had to drive into the box to get it to Aubameyang.”

“It was a really good performance by Cedric. He has shown what he can do now, we normally only see him in the cup games but he is a very capable, international player who can play as a right or left-back. He has given Arteta a problem.” (via Football Insider)

Whilst I did claim that signing the defender was a shocking mistake, I stand by that opinion. I must add that the Portugal international was in brilliant form against the Geordies, however, there needs to be some perspective as he played one of the divisions most out of form teams. Steve Bruce’s men have lost four of their last five games in the top-flight, the worst record in the league.

The real test for the experienced defender will be the next two games away to his former club, Southampton, who have been flying this season. The Saints are in imperious form this campaign and have scored more goals and conceded just two more than the Gunners, whilst sitting above them in the table. Plus, Arsenal don’t have the best record at the St Mary’s Stadium, winning just three of their last nine outings on the south coast since 2012.

Performing well in games against weaker opposition does bode well for the Gunners, but, was that any different to how Ainsley Maitland-Niles has played against similar teams during his time in the first-team? No, it’s not and therefore the transfer still proves shocking until a point in time Cedric does anything out of the ordinary.