‘He gives 100%’: Ray Parlour lauds ‘brilliant signing’ as he backs him to become captain 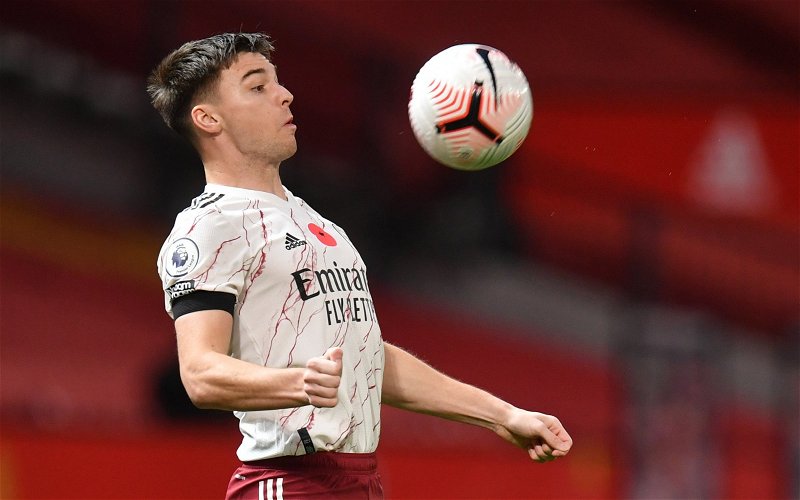 Ray Parlour has listed Kieran Tierney as a future captain for Arsenal and praised the defender over his attitude and desire.

The Scotsman has enjoyed a solid second season with the club, forming part of a defence that has conceded the joint third-least number of goals in the Premier League.

In an interview with talkSPORT, the Highbury favourite voiced his pleasure over his signing back in 2019 when the ace joined for £25m.

Parlour said: “I really like his attitude. He turns up every week, you can see the desire when he’s playing; he really wants to win every game. He gives 100 per cent and is fantastic down that left-hand side. That’s where Arsenal are most dangerous, that’s where the deliveries come from into the box.”

“He’s been a brilliant signing, and he’s a really good lad as well; he’s really down to earth. He could probably be the Arsenal captain in the future.”

When discussing potential leaders in the current Arsenal dressing room, the options are few and far between. There’s no one player in the squad, who sticks out like a sore thumb with regards to candidacy for the role of captain.

Pierre-Emerick Aubameyang is the current captain of the club, however, he doesn’t prove vocal enough to hold the position. As a matter of fact, the African star himself doubted his ability to be the man to lead Arsenal in his pre-match comments ahead of the clash with Burnley earlier in the season.

Granit Xhaka was handed the role, but, as shown during his outburst last season can’t handle the pressure of the role either. The likes of Rob Holding, Alexandre Lacazette and Hector Bellerin have been handed the role this year, but, haven’t proven to be consistent enough performance-wise to lead.

Analysing Kieran Tierney, you’d say he’s the right blend between enthusiasm/vocality and performance to lead what is a underperforming squad. His show of aggression and passion since joining the club has been a stark reminder of the leadership qualities he possesses.

Whilst the Scotsman does come across as being of captain-material, when compared to the current first-team it doesn’t prove too difficult of an achievment. The lack of leaders in the current set-up is a stark reminder of how far the Gunners have fallen since the days of the invincibles, where everyone were arguably leaders.