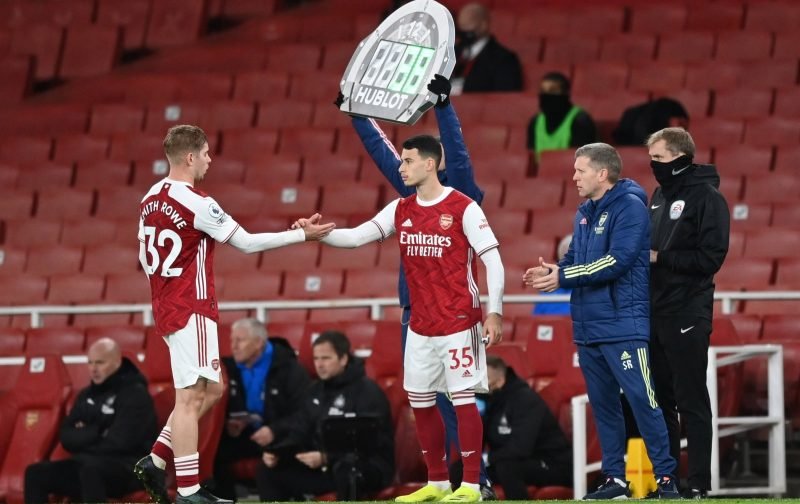 Nigel Winterburn has labelled Emile Smith Rowe as ‘undroppable’ ahead of Arsenal’s FA Cup clash with Southampton this weekend.

The young gun has featured just 10 first-team games this season, however, has already racked up two goals and five assists as he enjoys life with the senior side.

Speaking to Bookmaker.com, the former Highbury favourite claimed that Mikel Arteta may well have to alter his transfer plans due to the Englishman’s form.

Winterburn said: “Obviously, he’s going to have little dips on the way but if he can keep that level of performance going then eventually that will essentially say to the manager ‘leave me out if you dare’. And that’s exactly what he’s done. He has to be selected at the moment, he cannot be left out.”

“Mikel Arteta might want to wait until he gets a few more faces out of the club before addressing it, but Emile Smith Rowe might be making him think that maybe he can hold off until the summer because this young man is progressing.” (via The Metro)

It’s tough to see how Smith Rowe can get dropped given how superb he has been in the red and white of Arsenal. The ace has been one of the most consistent figures over the last few weeks, scoring and assisting on a regular basis as he’s helped revolutionised the side’s fortune (7 goals).

There are reports that the club are looking to bring in a midfielder during this current window with the club linked with moves for Martin Odegaard and Emiliano Buendia. However, given how consistent the Hale End product has been, delaying them until the summer would be a wise decision.

In Willian, Nicolas Pepe and Joe Willock, there is enough cover off the bench and in the squad should a game needed changing or the Croydon-born star needed resting for a few games.

Smith Rowe has shown his quality in his short time in the first-team and with a raft of players also able to replace him, an attacking midfield signing is not a priority this month.

In other news, Mikel Arteta has revealed they are short in this position.