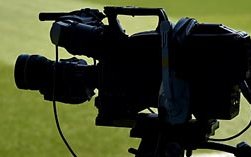 Arsenal and the television companies have now confirmed which games will be on the telebox in the month of December.

With yesterday’s announcement that no games would be shown live on television on Christmas Eve, the full lay out for the month is now known.

We open December with the hosting of Manchester United. The game continues to take place on Saturday December 2, but the kick off time moves from 3pm to 5.30pm having been selected by BT Sport.

Our trip to St Mary’s Stadium to face Southampton will now take place on Sunday December 10 and the game has been given a 12 noon kick off following selection by BT Sport.

Our trip to the London Stadium to face West Ham United takes place on Wednesday December 13, and having been selected by BT Sport as well, the kick off time moves from 7.45pm to 8pm.

Our hosting of Liverpool moves from the original date of Saturday December 23 to Friday December 22 and it now carries a 7.45pm kick off for screening by Sky Sports.

Finally the trip to Selhurst Park to face Crystal Palace now no longer takes place on Boxing Day. It will instead kick off at 8pm on Thursday December 28.