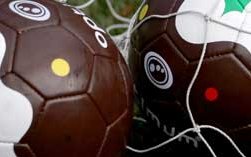 Following the speculation that at least one Premier League tie would be moved to Christmas Eve, it has now been confirmed that no games have been scheduled for December 24.

With Liverpool’s trip to Arsenal said to be under consideration, it wasn’t the only game that could have been moved to Christmas Eve, but following pressure from fans and Liverpool themselves coming out against the plan, the Premier League initially announced that games would not be played at 4pm or later, owing to the disruption it would cause fans travelling for the games.

Today the Premier League have confirmed that following further consultations with the television companies, no fixtures will take place on Christmas Eve afterall.

The Arsenal v Liverpool tie will now take place on Friday December 22, and three other fixtures have moved from the original 3pm slot on December 24.

Everton v Chelsea goes back to the Saturday with a 12.30pm kick off, Burnley v Tottenham takes the 5.30pm slot and Leicester v Manchester United takes the 7.45pm slot.

The BBC have Premier League executive chairman Richard Scudamore praising the TV companies for their ‘flexibility’ which is laughable.

‘We appreciate this is the peak time for supporters attending and watching the Premier League. With matches scheduled on Christmas weekend for the first time in 11 years, the process of selecting games for live broadcast has been a more complex one than usual and I would like to thank our broadcast partners and clubs for their co-operation and flexibility.’

‘When selecting matches, the broadcasters are using the rights that we the Premier League and the clubs have sold them, and they should therefore not be criticised for doing so.’

He’s right, the Premier League should be criticised for chasing the cash instead of thinking about protecting fans.