‘Arteta has a plan’: Kevin Campbell claims ‘sharp’ ace will only be handed new deal on one condition 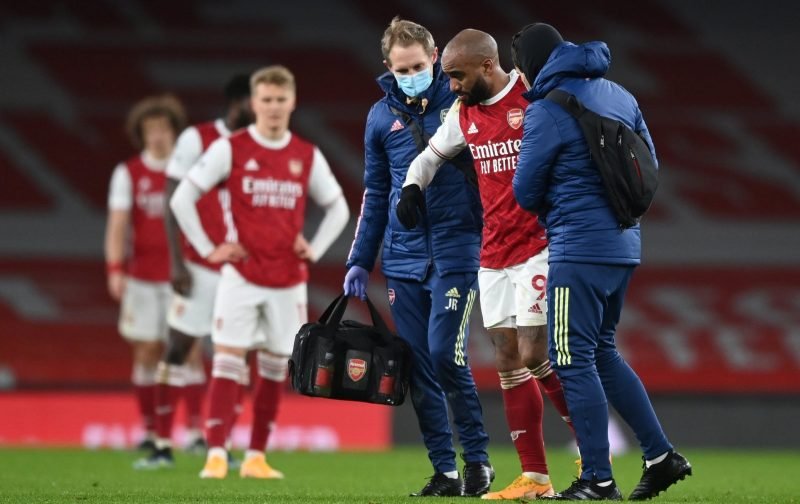 Kevin Campbell has claimed that Arsenal’s Alexandre Lacazette will be offered a new deal at the club under one condition.

The France international has less than 18 months left on his contract and was subject to interest from clubs across Europe last summer.

Speaking to Football Insider, the former Gunners man has lauded Mikel Arteta for his ‘smart management’ when talking about the former Lyon ace’s situation.

Campbell said: “I truly believe Mikel Arteta has a plan for Lacazette and the team. Come the summer, it depends if Arteta and Edu can acquire the players that they want. What you do not do is cut your nose off to spite your face half-way through a season. It is important to remember that even in the summer, Lacazette will still be an Arsenal player.”

“Lacazette’s new contract is probably dependant on whether Arteta is able to attract the players that he wants. I think it is smart management.”

Arsenal’s chase for a new centre-forward, should they be open to the idea, will not be an easy task. There are little options available to the club in the way of cheap options with the club hamstrung financially.

The likes of Celtic’s Odsonne Edouard has been touted as a potential target in the summer, however, with the ace having solely played in the Scottish Premiership, there’s no way of telling how good he actually is. The Parkhead giants have dominated the top-tier for nine consecutive years, making his goal-scoring achievements somewhat underwhelming.

And aside from the France youth international, options are extremely limited. The likes of Erling Haaland and Lautaro Martinez are great options, but, with their prices undoubtedly too high, they prove incredibly unrealistic targets.

So, does Arteta go for the cheap but unreliable option? Or do the club hold on to Lacazette for a while longer? It’s a tricky scenario, nonetheless, you feel holding on to the tried and trusted player in the 29-year-old, who has been labelled ‘sharp‘, would be the smarter of the two.

In other news, Kevin Campbell has backed the club to release this player at the end of the season.