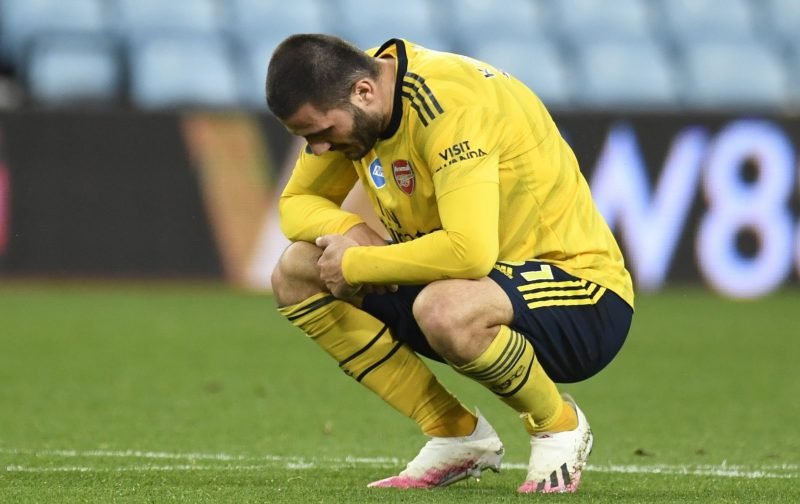 Arsenal face Manchester City on Tuesday evening and while it may be just a Carabao Cup tie to the majority of Gooners, it’s bigger than most of us think.

The last thing Arsenal need given their current plight is a spanking at the hands of a team like the Citizens. And I’m sure you all know Pep Guardiola’s side are capable of handing out footballing lessons to teams in trouble, just ask Chelsea.

Coming up against a side, who have struggled to click in attack may give some a bit of comfort. Well, don’t hold your breath over Guardiola’s men continuing their attacking struggles against us because with their attacking talents they are sure to hand one team a battering sooner rather than later.

It’s not like Arsenal are in the best of forms at the back either. Mikel Arteta’s side have failed to keep a clean sheet since their 3-0 win over Molde in the Europa League earlier in the season. Over the last few games, opposing teams have found it relatively easy to get at the Spaniard’s backline with the likes of Tottenham Hotspur, Aston Villa, Southampton, Wolverhampton Wanderers all producing some stunning goals.

So what would a thrashing do for the Gunners’ confidence? Well, it’s tough to say, but, if City do carry out what is sure to be a comfortable victory, it will prove a detrimental result for an Arsenal side who are getting carried into a relegation battle.

The Reds sit just four points about 18th-placed Burnley and every result will prove crucial for confidence levels. Following the clash against the Light Blues is an encounter against Chelsea, and while they’ve lost their way recently Frank Lampard has them playing some great football.

Then come crucial clashes against Brighton and West Brom, both relegation rivals and away from home. If you’re handed your backside so easily on your own patch, the smaller teams are definitely going to have their tails up when you face them.

In other news, Jamie Redknapp has lashed out at one player following the loss to Everton.