Wenger Ahead Of BATE Borisov 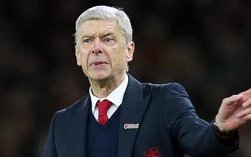 Manager Arsene Wenger has now held his pre game press conference ahead of tonight’s clash between Arsenal and BATE Borisov and he confirmed Jack Wilshere will start.

As is normal for a Wenger press conference, he also covered a number of other topics including ice skating this week.

Speaking to the Official Site as he met with the media, Wenger game a team news update to begin with and Shkodran Mustafi is our only real doubt but it’s nothing major.

‘The team news is that everybody is available, we just have a small problem with Mustafi from Saturday. But everybody else looks alright.’

‘A little thigh problem, but it`s a small one. It`s a possibility – if not Southampton, it will be West Ham.’

Having already won the group Wenger was asked if that would effect his team selection.

Being into December and the festive fixture crush, Wenger believed that we would now see the benefits of his squad rotation and he also felt rotating as we have done has certainly helped on the injury front.

‘Yes, I would say that`s a consequence of that. One of the things we`ve benefitted from is that, yes. I hope so. I think we missed an opportunity on Saturday to take advantage of that, because we were physically quite strong in the game. But we are in a position where we have to take the month of December in a very serious way, be efficient and hopefully we can benefit from that.

Moving on, Wenger confirmed that Wilshere would start the game and he was asked questions about his recent ice skating trip in light of his injury issues.

Theo Walcott will also play in the game and with speculation about his own future this weekend, Wenger said he wasn’t going anywhere in January.

‘Yes, I think he works very hard to come back into it. He was sick a few weeks ago. After, I didn`t change the squad. But in training he looks very sharp and I`m sure he`ll show that tomorrow.’

Pushed on a January exit, he was asked directly if he’d stay.