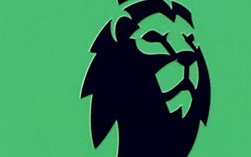 The Premier League season continued with the latest round of games played during midweek.

Burnley, albeit only a temporary measure, moved into the Champions League places with a victory over struggling Stoke on Tuesday. At the other end Crystal Palace’s win over Watford took them out of the bottom three – returning to this on goal difference on Wednesday when West Brom claimed a point at Liverpool.

Improvement at Everton continued with a win at St James’ Park, which saw Newcastle’s miserable form go on, the same applies to Leicester as ex-Saints boss Claude Puel returned to Southampton to inflict a heavy defeat on his old team.

Manchester City’s near flawless campaign goes from strength to strength with a convincing win at bottom side Swansea, Manchester United did enough to ensure they remain within 11 points of City – is this too much to claw back though, even at this stage?