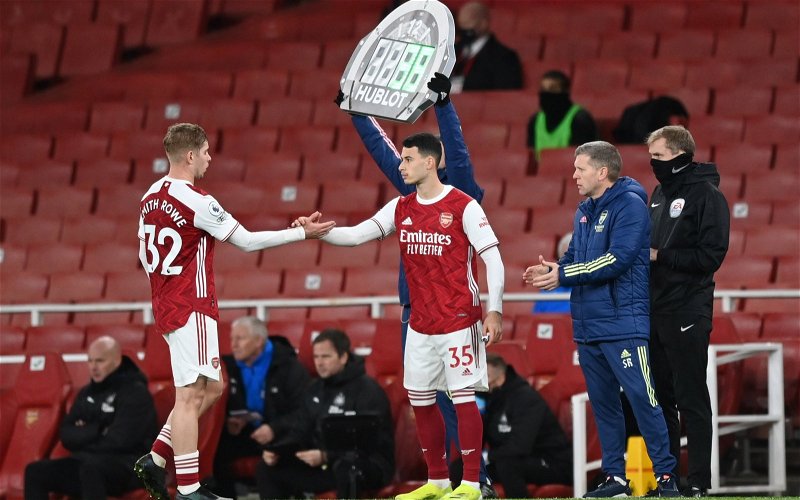 Emile Smith Rowe is in contention to return for Thursday’s round-of-16 first-leg versus Olympiacos after his muscle injury against Leicester City.

The Englishman limped off during the first half in the win over Brendan Rodgers’ side with his issue thought to have been serious initially.

However, in his pre-match press conference ahead of today’s game, Mikel Arteta revealed that the playmaker could feature.

Arteta said: “He is close to returning. He is going to have a full session today to see if he is going to be involved [against Olympiacos]. After training, we will know where we are with him.” 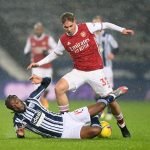 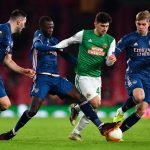 In his absence, you can’t help but feel the Gunners’ creativity dwindled during the 1-1 draw away to Burnley. His return to action will add some positive influence into a side, who created just three shots on target against Sean Dyche’s men.

However, what the youngster, who was labelled ‘Paul Scholes in the making’, really possesses is a staggering work-rate off the ball. His energy and enthusiasm is part of the reason why he, alongside fellow youth stars Martin Odegaard and Bukayo Saka, start so many crucial games.

He gets the outfit on the front foot with his ability to close down opposition defences, helping to win the ball back in the attacking third. It’s been the case quite often this season since his introduction in the win over Chelsea back in December last year.

The Europa League holds the side’s most realistic chance of a return to the Champions League, so Arteta will be waiting with bated breath over Smith Rowe’s fitness ahead of the clash with Olympiacos.

In other news, Arsenal are looking to make an offer for a January transfer target.