Report: Arsenal will have to pay £40m to sign Championship ace this summer 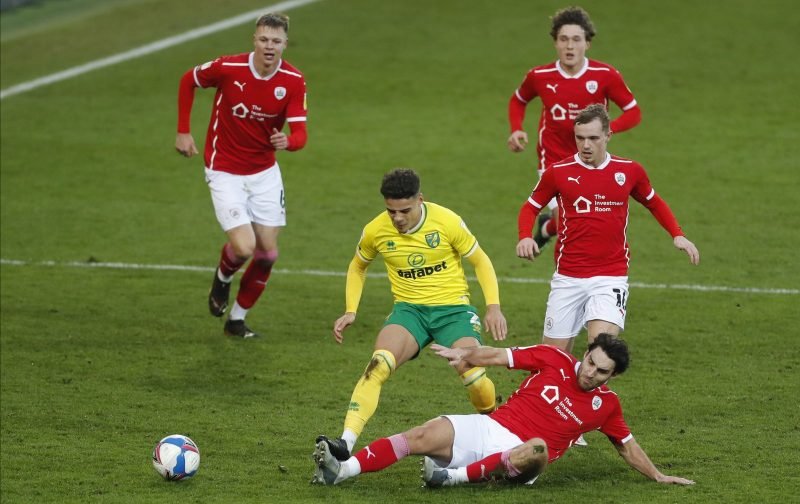 Arsenal will reportedly have to pay £40m if they want to secure the services of Norwich City’s Max Aarons in the summer window, according to Eurosport.

The Gunners, according to CBS Sports,  are one of a number of teams interested in the player, who is also on the radar of European champions Bayern Munich.

It follows news about a potential departure from the club by Hector Bellerin, who is reportedly a target for Paris Saint Germain.

Bellerin hasn’t exactly set the world alight with his performances this season and after his latest disaster against Manchester City, it’s safe to say Arsenal probably need a new right-back.

The Spaniard was on his way out of north London during last summer’s transfer window, however, Mikel Arteta managed to convince him to stay during a heart-to-heart conversation.

In all honesty, not letting the player leave proves to be a bad decision from the former City coach with Bellerin enduring what can only be described as a disastrous season. From his inability to take a throw-in to his shocking ability on the ball, Arsenal are in dire need of an upgrade.

Aarons could be the man for the job and despite his lofty price tag, he would be worth the punt in the summer. The Englishman showed off his ability during the Canneries’ top-flight campaign last season using his searing pace and attacking ability to push up the pitch.

However, with competition fierce in the chase for the defender, Arsenal could well be facing a nervous wait in finding out if they can sign the £18m-rated ace.