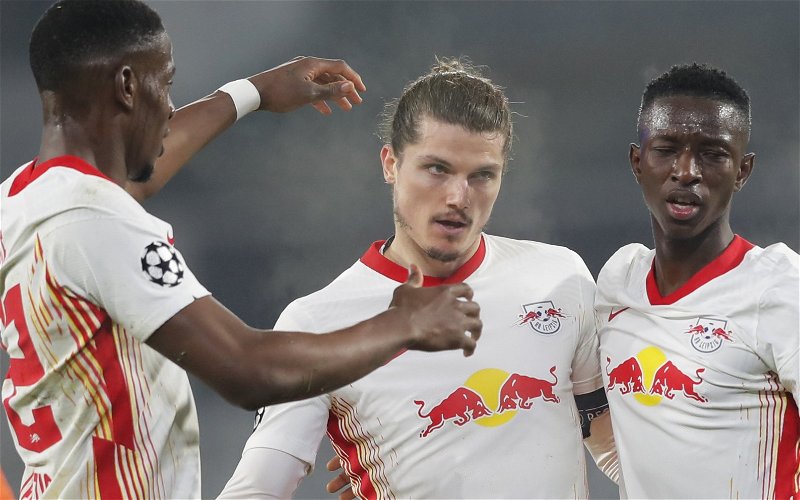 Arsenal have been handed a transfer boost in their pursuit of Red Bull Leipzig midfielder Marcel Sabitzer.

According to football.london, the club’s CEO Oliver Mintzlaff’s comments about the Austrian heightens the north London outfit’s chances of acquiring the player.

Speaking in an interview with Sport Buzzer, the figure claimed that incomings won’t happen without necessary outgoings.

Arsenal have been on the lookout for central midfielders/attacking midfielders in this transfer window with a number of targets being listed. However, Sabitzer combines age with quality and could be regarded as one of the best targets.

His combining of defence and attack is what makes him stand out from other targets including Emiliano Buendia. The £31.5m-rated Leipzig captain has scored three goals and assisted a further three across all competitions. However, he also averages 1.3 tackles and 1.4 interceptions per game.

Alongside his obvious quality, the ace has incredible versatility to his game. He has featured in five different positions this season, including in both attack and defence.

He has been lauded by former Tottenham Hotspur ace Michael Brown, who labelled the 26-year-old a ‘supreme talent’.

With just 18 months left on his contract and the north London giants on the lookout for a central midfielder, Sabitzer could kill two birds with one stone. His ability to play in front of defence and behind a striker combined with his ability makes him a stunning choice this month or in the summer.