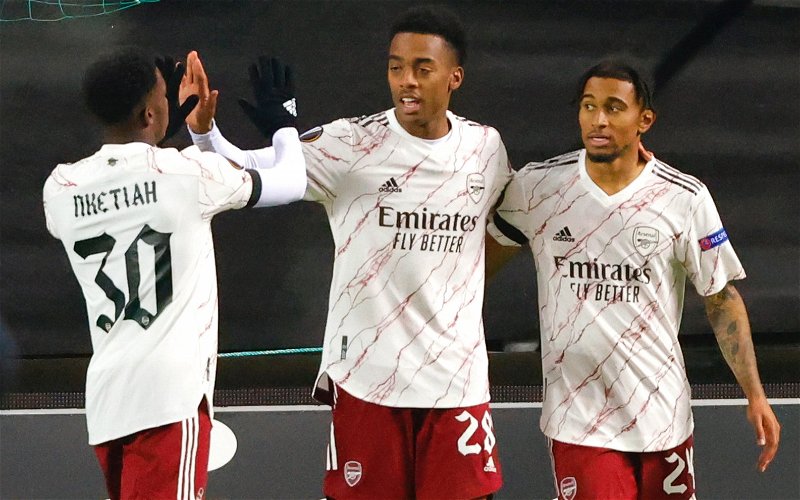 There’s no easy way to say this, but, I’m worried about the development of Joe Willock.

Saturday’s win over Newcastle United highlighted one or two of my worries over the England youth international, mainly to do with his work on the ball.

It was a far cry from his performances in the Europa League, where his positioning further forward has allowed him to notch up three goals and three assists.

Willock was tasked with playing in a deeper role with his roles being primarly to bring the ball out of defence and move forward with it, however, being hooked on the 66th minute shows you just how poor he was. He lost possession a staggering 16 times against the Geordies as he struggled alongside the more experienced Mohamed Elneny.

The Englishman was also shocking in his ability to shield his defence often panicking when Newcastle players ran at him and therefore making three fouls.

When you analyse the options available to Mikel Arteta, you’d have to say the 20-year-old is far down the pecking order. Granit Xhaka’s consistency across the last four games, especially in his substitute cameo in Saturday’s game has him down as a starter. And with Thomas Partey is an obvious starting option due to his superb ability to both attack and defence as shown in the crunch win versus Manchester United.

Then you have the likes of Elneny and Dani Ceballos, whose experience and displays this campaign surely have them down as third and fourth choice.

So where does Willock go from here? The youngster would benefit greatly from a l0an spell, where he would get far more minutes to be able to work on parts of his game. At this current moment in time, it’s hard to see where the ‘mind-blowing’ star fits in to the currrent team.

In other news, £6.3m-rated ace proved to be an unsung hero from last week’s win over Newcastle.