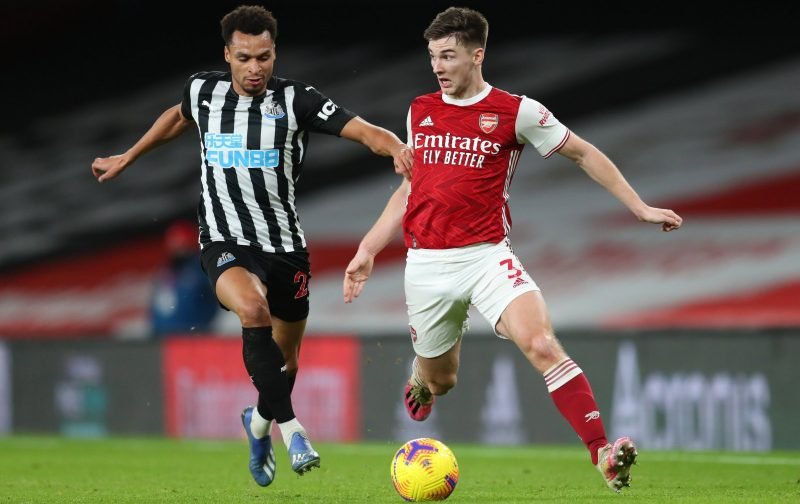 Mikel Arteta has revealed that Thomas Partey hasn’t travelled for the Europa League tie with Benfica whilst Kieran Tierney has after his return to training earlier in the week.

The Scotland international made a full return from his lower right leg issue earlier in the week when he returned to full training.

Meanwhile, the Ghanaian has yet to make a recovery from the hamstring issue which forced him off midway through the second half during the defeat to Aston Villa.

With Tierney out, you can say Cedric Soares has had unrealistic expectations placed upon his shoulders over the impact he could’ve made at left-back.

The Portuguese defender was never going to make quite the impact the Celtic defender has over the course of this season. Marcus Rashford, Adama Traore and Bertrand Traore all had field days against Soares as he struggled to recreate his peformance against his former club Southampton.

Meanwhile, if Tierney can reach the levels he has earlier in the campaign, Arsenal have the ultimate weapon on their hands for the remainder of the season. The full-back’s display against West Brom was a sight to behold as he tore through Sam Allardyce’s men with his directness and trickery.

However, it seems Partey won’t be as big of a miss as first thought especially after the performance of Dani Ceballos in the centre of midfield. The Spaniard fill the void well and linked up with Martin Odegaard, who 0ften dropped deep to pick up the ball from his Real Madrid teammate.