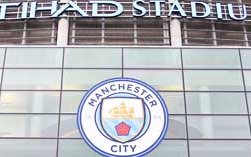 Following today’s clash between Manchester City and Arsenal, here are the instant reactions from both managers.

‘We cannot deny the last two months have been amazing. We knew how important this game was and we prepared well. The players gave an amazing performance. The only regret is the chances in the first half that we did not take, or when we didn’t make the right pass. My wish is that the players come back healthy from the international break. We deserved to win it. We were so, so tired after the Champions League game and against Arsenal it is never won because they are able to make changes. We have 12 more points than Arsenal and Liverpool, eight more than Tottenham. That is a lot in November.’

‘It is unfortunate that the game finished the way it finished. You can accept it if City win in a normal way, but this is unacceptable. Can anyone stop them? With the way they have started and the quality they have it will be difficult, but you never know. If on top of that they have decisions like they have had today, they will be unstoppable. Sanchez did very well. He was up front on his own in the first half but did not have enough support. Overall, I think he has done everything. He is focused and wants to win. He put in a good performance. Per Mertesacker came in sick yesterday morning. Rob Holding had a thigh strain and Mathieu Debuchy has just come back from a long-term absence. I don’t see that big problem for Coquelin to play in the middle of the two defenders or as the defensive midfielder.’