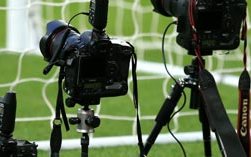 The Football Supporters’ Federation have backed a petition to call on the Premier League and broadcasters to actually stick to their own deadlines when announcing television picks.

The petition was launched in December and can be found by Clicking Here.

‘This petition calls for broadcasters of Premier League football in England (Sky Sports and BT Sport) to give football supporters adequate notice of televised fixtures which alter dates and times of games and therefore affect the ability of fans to book travel. In 2016, following requests from fan groups, the Premier League committed to provide a schedule for confirmation of broadcast picks at the start of each season. We note that these dates are now missed more regularly than they are adhered to. December and January selections were over a fortnight late, with one match – Tottenham Hotspur v West Ham – over 3 weeks late.’

Most recently the television picks for February came a full ten days late based on their own promises and in the interim period no apology was made to fans and there even no acknowledgement that another promise had been broken.

‘Delays in notifying supporters of date changes for matches have a directly negative impact on many fans due to, for example, advance discounted train prices no longer being available and also less time to notify employers of annual leave requests. They also make arrangements for supporters with families harder to manage. While broadcasters leave decisions as late as possible to maximise viewing figures and advertising revenue, supporters are hit in the pocket and inconvenienced by their delays. The notice of fixture changes offered to fans is becoming increasingly shortened, with neither the Premier League nor Sky Sports/ BT Sport seeking to apologise for missing publication dates or informing fans of how long delays to publishing dates will be. The supporters affected are often subscribers to their platforms, too.’

‘We call on the Premier League and its television partners to adhere to published deadlines for matches selected for broadcast; to compensate supporters who are financially affected by delays to announcements of these dates; and to issue clear communications to supporters when deadlines are missed.’

As fans may or may not be aware, the Independent Football Ombudsman has previously called on the Premier League and clubs to compensate supporters who have been disadvantaged and lost out by television selections, albeit in limited circumstances, but as you’d expect that call was ignored because Football’s own Ombudsman has no power and is not binding on the Premier League.

A Premier League Level Of Ignorance.

Worth 30 seconds of anyone’s time I would say!