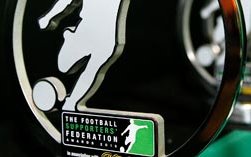 There’s still time left for fans to cast their votes in the Football Supporters’ Federations 2017 awards.

Voting is open until Monday November 20th where 90 shortlisted candidates are vying for 15 different awards categories spanning Player of the Year, through the Best Players to simply the Best Away trip.

The Men’s Player of the Year category sees entrants from Chelsea’s title winning side along with high flying Tottenham and a London vs Manchester battle is complete with City and United battling for the prize.

The FSF are also celebrating the Women’s Player of the Year for the second time and representatives from Manchester City, Arsenal, Chelsea, Reading, Liverpool and Birmingham City feature.

Former FSF winners Jamie Carragher and Gary Neville both compete for the Pundit of the Year prize, along with Alan Shearer, Gary Lineker, Ian Wright and Jermaine Jenas completing the shortlist.

With plenty of other categories to decide on fans can register their picks by Clicking Here.

Winners will be announced on December 4 at the awards ceremony in London.