Football Discrimination On The Increase in 2017/18 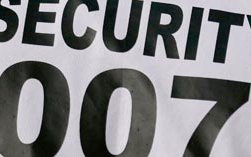 A recent report from Kick It Out has found that there has been a 38% increase in incidents of discrimination so far this season.

Incidents or racism, homophobia and other forms of discrimination were discovered to be 38% higher at this stage of the season when compared to numbers recorded at this time last year.

Since August there have been 111 incidents with 64 occurring in the Premier League and 47 in the Championship, League One and League Two compared to 40 in the top flight and 29 in the EFL at this point last term.

Speaking to the BBC Chair of Kick It Out Lord Ouseley said that the rise in figures needed to be a ‘wake up call to everyone in the sport’ so that the progress that had been made wasn’t taken for granted.

In publishing the figures, Kick It Out did acknowledge that a possible reason for the spike in figures could be attributed to how football authorities have now made it easier to report such incidents as the Kick It Out website can be used, as can a reporting app, email, phone, social media and not just ‘telling a steward’ anymore.

But if anything that shows how incidents were under reported previously.

Across all top four leagues as well as the top four tiers of non league football, the grassroots game and social media there is an increase of 59% and with 177 reports for 2016/17, Kick It Out have already received 282 complaints.

‘Ultimately, tackling discrimination must be a collective effort. The leaders across all sections of society and football, as well as the broader public and football supporters themselves, need to take action, report discrimination and help us eradicate hatred.’

It must be pointed out however that clearly progress has been made, as although incidents reported in the top four tiers has increased, it has fallen as a percentage of reports for the professional game spreading down to step four of the National League system.

To learn more about Kick It Out please Click Here.