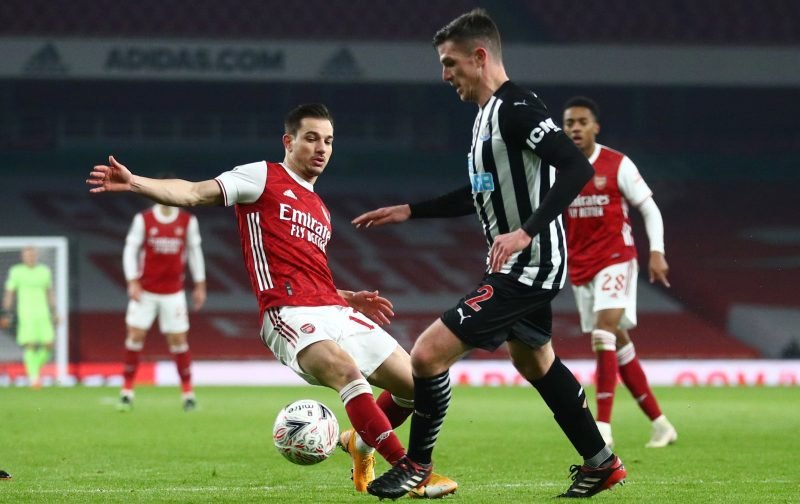 Meh seems to be the best way I can describe Cedric Soares.

Since his move to the Emirates Stadium, the defender hasn’t been a disastrous signing by any means, but, to be honest, the club haven’t got anything special out of the ace whereby you look at him and think: ‘He’s easily better than Ainsley Maitland-Niles’.

As a matter of fact, I’d go one further and claim the Portuguese full-back hasn’t got the skillset to even displace Arsenal’s Hector Bellerin, who himself has been quite inconsistent over the last few months. Having earnt a recall to the Spain national side, the 25-year-old then went through a period where taking a throw-on proved challenging never mind other parts of the game.

The best piece of data which proves my point is the difference in performances from the duo in the Europa League. Bellerin has managed one assist despite playing just 29 minutes, meanwhile, Soares has yet to register a goal contribution despite having played over 400 minutes.

Then you compare him to Maitland-Niles, who has also registered an assist and averages more interceptions, clearances and has been dribbled past less than the Portugal international in Europe’s second-tier competition.

It seems Arteta agrees with me given how much time the 29-year-old has been afforded in the Premier League this season. The £3.6m-rated defender has ganered just five minutes of top-flight action and given Bellerin’s inconsistencies, that says a lot about how close the former Barcelona man is to being displaced by the experienced defender.

Signing a player, who in all likeliness isn’t even challenging your starting full-back is a brain-dead decision. Signing him on a four-year contract which is worth a reported £75k-p/w is transfer business that no words can even describe.

In other news, one Arsenal player has lamented Arteta for not giving him a chance.