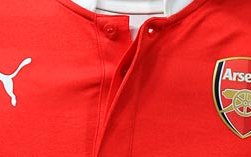 Jack Wilshere and Calum Chambers have reflected on a very poor performance from Arsenal as we hosted Ostersunds for the Europa League second leg at the Emirates on Thursday.

Coming into the clash on home soil, Arsenal had a comfortable three nil lead and sadly that comfort gave rise to complacency and we lost the tie two one.

With a four two aggregate victory across both legs of the last 32 stage, we now face AC Milan in the last 16 clashes but Wilshere had to admit our performance was ‘nowhere near good enough’ and he had to concede Ostersunds were good value for the victory.

Speaking to the Official Site as he met with the media at the full time whistle, the England man explained.

‘Yes, I think so. Especially in the first half. We were nowhere near good enough. We improved a little bit in the second half but it still wasn`t good enough. We`re through and as you said, that`s all that counts. We`ll see who we get tomorrow and then we`ve got a big game on Sunday so we`ve got to refocus now on that.’

Asked about whether the players had switched off.

‘Maybe. When you are 3-0 up in a two-legged game, you still have to go again. We know it`s only half-time, we know what quality they want to play with and maybe we underestimated them a little bit. But the main thing is, we`re through. We weren`t good enough though. We`ll accept that and move on.’

‘We`re through, so that`s probably the only positive. We did show better character in the second half. We came out and we had a little bit of a go, but it wasn`t good enough. You can`t start a game like that and expect to compete at this level, even against Ostersunds, they`ve got a lot of quality and they deserve to be in this tournament as much as we do. We know that and we have to take that into the next game when we see who we get. If it`s a lesser team then we have to focus more.’

With a bad night for the backline, Chambers was equally honest in his own summation and he admitted that words ‘were said’ at the half time break.

‘It wasn`t the result we wanted. We made it hard for ourselves. First half we got off to a sloppy start and we know that. It wasn`t good enough, it wasn`t our standards but in the second half we came out, we fought and we dug in. We got the result.’

With a small upturn in form in the second half, he went on to explain.

‘We went in at half-time and there were some words said. Everyone knew that was a sloppy start, so we came out in the second half and we didn`t turn it on, but we gave a better performance.’

‘Yes, as you said the main thing is that we`re in the draw. With the team that we`ve got, we need to aiming far in this competition. We`ve got a talent squad, so we need to learn from that sloppy start tonight and progress on to the next one.’