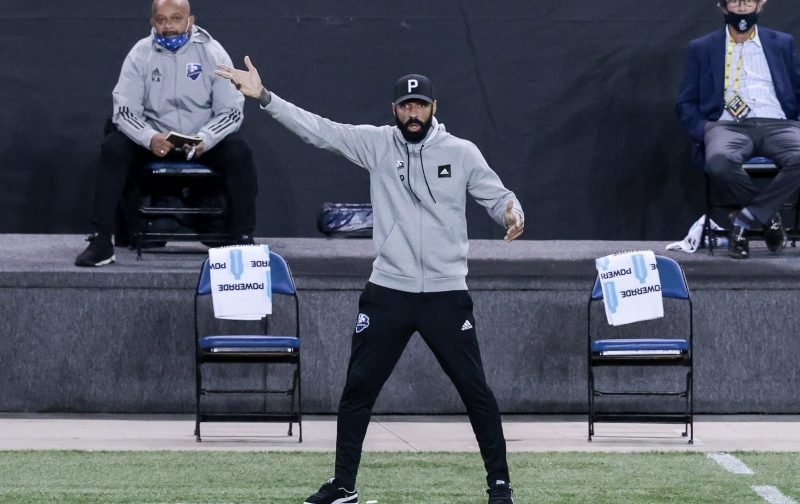 The Gunners were defeated 1-0 at the Emirates Stadium thanks to a Pierre-Emerick Aubameyang own-goal.

Speaking to Sky Sports after the loss, the former Manchester United defender claimed the Gunners legend once turned off a game once after seeing Granit Xhaka lead the side out as captain.

Evra said: “He turned on the TV, the first image we saw on the screen was Xhaka leading the Arsenal team, being the captain. Thierry Henry turned off the TV.”

“I said, ‘What happened?’. He said, I cannot watch my team and Xhaka being the captain of my team and he turned off the screen. And we did not watch the game.” (via Football Daily)

One of the raging debates among Arsenal fans over the Swiss midfielder’s time at the club has been whether he is ‘captain material’. He proved last season that he wasn’t suitable enough to lead the team on the pitch when he took off his shirt and chucked it on the sidelines after his substitution was celebrated/booed un a draw with Crystal Palace.

There have been many critics of the player during his four-year stay at the club with the likes of Jamie Redknapp and Gary Neville constantly critical of the ace. But, those are random experts/ members of rivals clubs. When a club legend voices their disapproval of you, it feels like there’s only a matter of time before you on your way out.

And it’s not like the side would miss the central midfielder if he leaves the club. He has been a disappointment since his arrival in 2016, constantly making the same mistakes since he first made his debut. His red card against Sean Dyche’s side is just the same as when he turned out against the same opponents in 2017.

Then there are his needless dives into tackles which more recently saw Adama Traore skip past him to set up Wolves’ second goal against the Reds last month.

When a club legend has had enough of you, there’s no turning back. Xhaka hasn’t proven to be nearly as successful as he should’ve been since his move from the Bundesliga and a move away is desperately needed following Sunday’s events.

In other news, Arsenal are interested in signing a Manchester City defender.