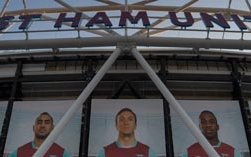 It’s been reported today that West Ham United may be tempted to make a move for Arsenal duo Francis Coquelin and Mohamed Elneny.

Sky Sports reported earlier today that their sources had indicated that David Moyes was preparing a double move for the players as he looks to strengthen the side and improve results and with it believed that midfield is certainly an area of consideration, both players would add something to his options.

With Wenger largely preferring Granit Xhaka and Aaron Ramsey, Elneny has 19 appearances to his name this year, with Coquelin on 13.

Questioned by press, Wenger insisted in his recent press conference that no bids were in though and that applied equally to Alexis Sanchez with speculation about his future continuing.