Wenger Admits His Eye Was Turned 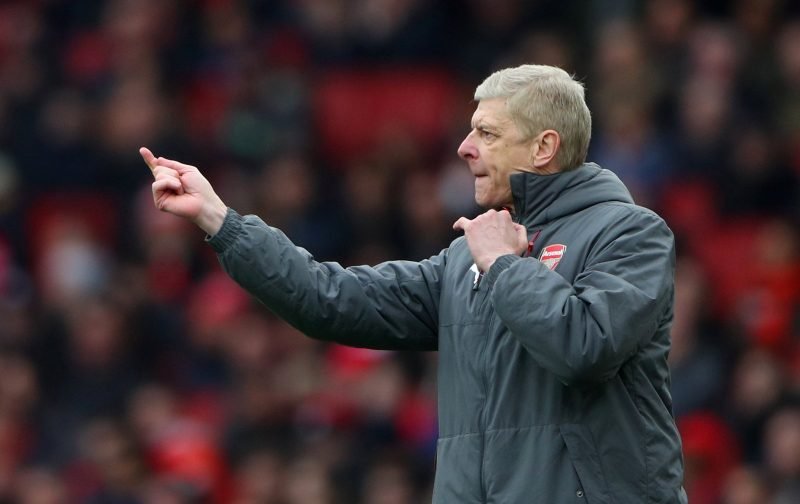 Arsenal manager Arsene Wenger has confirmed that he did make six changes to the Watford line up owing to the upcoming AC Milan Clash.

With poor and intermittent Premier League form across 2017/18, Arsenal’s best hope of Champions League football and salvaging the season lies in lifting the Europa League trophy this season and speaking to the Official Site as he met with the media following victory over Watford, Wenger’s decision was vindicated as opposed to it being another potential nail in his future.

With some players rested as a precaution, he explained that Mesut Ozil’s ankle would likely be okay but Shkodran Mustafi had picked up a groin problem that would need to be assessed. He also believed Hector Bellerin and Nacho Monreal would be back in contention for Milan.

Turning attentions to Watford, where three straight defeats were brought to an end with the three nil win, Wenger went on to say.

‘I thought we had a very good first half. I regret that we couldn`t take our chances and after that, in the second half, we suffered a bit because Watford put us under pressure. But we dealt well with the set-pieces. After that we stuck together and could take advantage of the weak moments they had defensively. In the end it was a convincing win. Of course, it highlights what Petr Cech has done with 200 clean sheets in his career. That is remarkable. On top of that, he saved a penalty today, that having just seen it again, was a very generous one.’

The Frenchman did explain that he felt the side were better with the ball once again compared to recent matches and that pleased him, and he blamed ‘freshness’ for how the second half turned against us with some ‘bad passes’ slipping into play but having made so many changes he was delighted with the reaction of those brought in.

‘I made six changes. I wanted to preserve some players, like Koscielny, who has a little calf problem. With Ramsey I was cautious. Wilshere had given a lot on Thursday night, we had a very physical game on Thursday night. But I wanted absolutely to win this game and it was difficult, but overall, it gets us a little bit out of that negative spiral that we were in.’

Admitting it had been a ‘nightmare week’ he felt he saw enough positives to feel the side were ‘turning the corner’ but obviously AC Milan would be another hugely important game despite our first leg advantage.

‘There is a lot of negativity. It`s like rain in England, it`s easy to get. I don`t know, basically, how much negativity is out there. I focus on my job and I think I have shown in 22 years that I can do that, that I respect everybody`s opinion and that I focus on my job with total commitment.’

‘I told you that the confidence comes back slowly, but it comes back with spirit. We have shown spirit and we are in a strong position now against Milan. Let`s prepare quietly, but with humility and keep that desire in the team.’