Opinion: Current crop of stars could take a hint from this Invincible 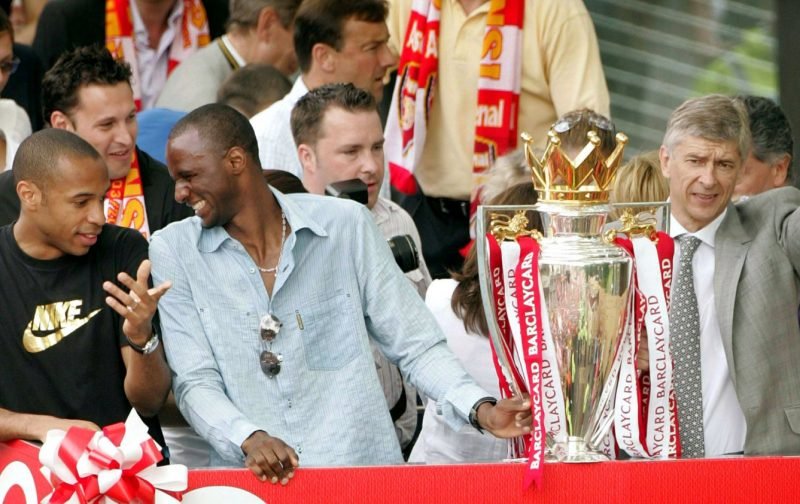 Former Arsenal man Gilberto Silva has laid praise on his fellow invincible during an interview with Good Morning Britain.

Silva played for the Gunners from between 2002 and 2008, making over 200 appearances whilst winning three major trophies.

The Brazilian famously dubbed the invisible wall, claimed that the team’s character was one of the reasons the side managed to go an entire season unbeaten.

Silva said: “There was a character in the team where everyone just thought about winning. One important thing I always mention was that the year before we had so much frustration from losing that season to Manchester United.”

“It was really hard for us to accept that because the mentality was to win all the games. We were all winners so it was tough to accept. We came back the next season and managed that (winning the title).” (via GMB)

If only the current bunch of losers were as motivated as the 2003/2004 invincible. The lack of hunger and desire to play for Arsenal is one of the more scary things being shown by the current first-team squad.

It’s encapsulated by the captain Pierre-Emerick Aubameyang, who has shown a real lack of effort during his barren spell this season. His performance against Wolverhampton Wanderers was bordering on pathetic with Darren Bent claiming the star forward looks a ‘shadow’ of his former self.

Back during the mid-2000s, there was passion running through the veins of the Arsenal players. There are hunger, desire and fight which saw them lose their heads numerous times, not to mention away to Manchester United in 2003. There was a heavy fine for the Reds, however, you didn’t mind it one bit, why? Because you can see they cared.

I can’t say the same for the current bunch of misfits, who look like they can’t give a damn. Five losses in the first 10 league games is a horrendous beginning to the campaign, it’s bordering on unforgivable. If the players could play with just 50% of what the invincibles did then everything would be fine for the remainder of the season.

In other news, the ‘talent of the century’ is set to return to action with the under-23s later this month.