‘We all know his qualities’: Arteta lends his support to under-fire £100k-p/w ace 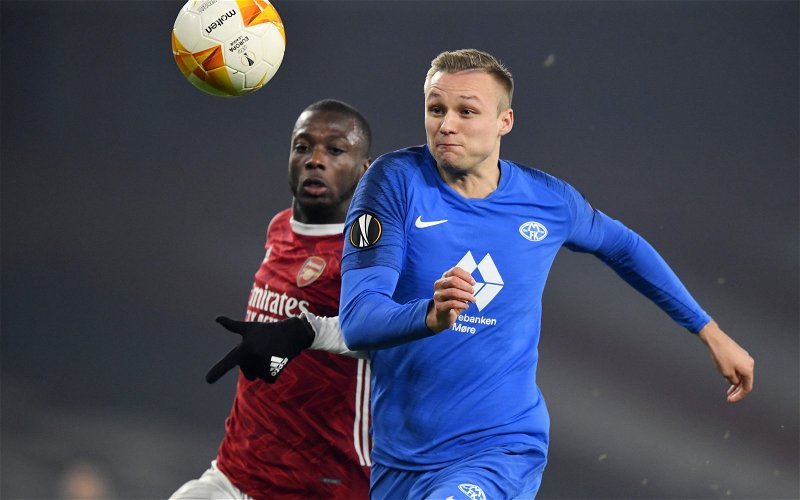 Mikel Arteta has lent his support to under-fire star Nicolas Pepe after his red-card against Leeds United at the weekend.

The £100k-p/w Ivorian was involved in an off-the-ball spat with Ezgjan Alioski which ended up with him headbutting the North Macedonian.

However, it seems the Spaniard is willing to look past that as he took the opportunity to heap praise on the 25-year-old, mentioning his ‘quality’ whilst reassuring fans of his future.

Arteta said: “No, it’s absolutely not [the end of his Arsenal career after the red card]. It’s not about that and I don’t like that type of statement. I will give Nico my full support all the time. He knows where he has to improve and we all know his qualities.” (via Arsenal)

Support is all that is needed for Pepe during what must be a difficult time in his career. Everyone and their dogs seemed to use the incident at Elland Road as a means to have a go at the winger with very few showing any sort of support. However, it’s a nice touch from Arteta to stand by his under-fire man during a time of difficulty.

The worry for myself was that it could well have been the end of the road for a player, who potentially possesses the most quality of any member of Arsenal’s squad. It would’ve been heartbreaking to see the likes of Pepe walk away from north London having not fully reached his potential.

Despite not performing on a consistent basis we all got glimpses of Pepe’s quality last season with his unique style of dribbling lighting up the pitch on numerous occasions. For the first time since Alexis Sanchez left, the Gunners possessed a genuine threat out in wide areas with the £72m man averaging the most dribbles in both the Europa League and Premier League. It was no surprise to see him end the season with the second-most goal contributions with only Pierre-Emerick Aubameyang outperforming the 6’0 star.

Arteta’s support is a massive boost for Pepe, and was badly needed after what would’ve been a terrible 24 hours following the Leeds horror show. However, the winger must now show just how good he really is on the pitch and that starts tonight against Molde in the Europa League.

In other news, this Ligue 1 man has been targeted by Arsenal as a Houssem Aouar alternative.