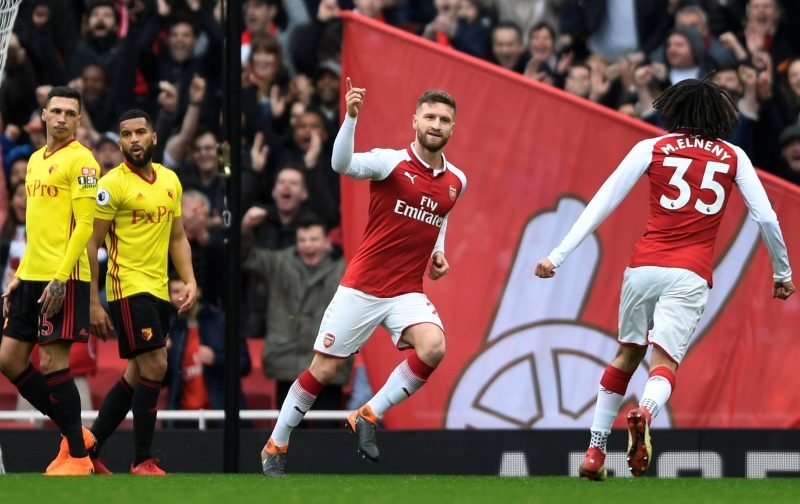 Shkodran Mustafi has completed a permanent move to Schalke after having his contract with Arsenal terminated six months early.

The move allowed Bundesliga centre-half Ozan Kabak to complete his move to Premier League rivals Liverpool with Mustafi acting as his replacement.

Having joined in 2016, the ‘uncoachable’ Germany international went on to make 151 appearances across all competitions with his last one coming in the 4-1 defeat to Manchester City in the Carabao Cup.

His journey with the club has been nothing short of a rollercoaster and anyone associated with the club will be thankful this particular ride has come to an end.

Despite proving quite good on the ball, Mustafi was never short of a mistake or two during his time in north London. His error in the 3-2 defeat to Crystal Palace back in 2019, which cost Arsenal Champions League football, encapsulates just why the Gunners are willing to terminate his deal early.

There was a recently a video posted online by a journalist from The Guardian which highlighted how poor the defender fares in one-on-one scenarios. Mustafi’s desire to jump into tackles and get turned too easily has been a feature of his play since his move from Valencia.

It was best highlighted in the Carabao Cup defeat to Manchester City back in 2018, where Mustafi was ahead of Sergio Aguero as opposed to goal side, allowing the Argentine through on goal for the opening strike of the game.

You’ll be hard-pressed to find an Arsenal fan who is sad about the 28-year-old’s departure. For far too long the £90k-p/w ace has been a liability and his departure hails a new era and he follows Mesut Ozil, Sokratis and Sead Kolasinac out the door.

In other news, one youngster has left the club on loan.