Arsenal’s clash with Tottenham Hotspur has thrown up a slight advantage for the Lilywhites after Friday’s Europa League draw.

As a result, the governing body confirmed yesterday that the Gunners’ rivals have had their ties reversed with Arsenal keeping their tie following their FA Cup victory last term.

However, that now means Mourinho’s team will not have to travel back from Croatia ahead of the north London derby in just under two weeks time. So, it begs the question, is the reversing of ties really a disadvantage for Spurs, or an advantage?

Will Arsenal beat Tottenham in the NLD? 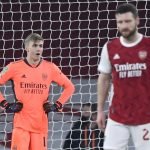 You’d have to think that whilst the Emirates Stadium giants are at home in next week’s mammoth fixture, Tottenham are in the driving seat after receiving what can only be described as a godsend. Arsenal haven’t feared well following their excursions in Europe, winning just two of their eight games following Europa League games.

This season has already been a long and drawn out affair with as many as three players suffering injuries in Sunday’s victory over Leicester City, with both sides having competed in Europe’s second-tier competition just three days earlier.

Travelling back from Greece just a few days before you take on your rivals is a recipe of disaster especially as Arteta has now prioritised the competition ahead of the Premier League. But, you can’t just throw away the game against your fiercest rivals and the juggling of team selections will be an interesting watch ahead of a game that could go a long way to deciding who will rule north London this campaign.

In other news, Arteta has urged the ‘talent of the century’ to work harder after he was an unused sub once again.