‘This is really what we need’: Mikel Arteta lays down the marker for his Arsenal players 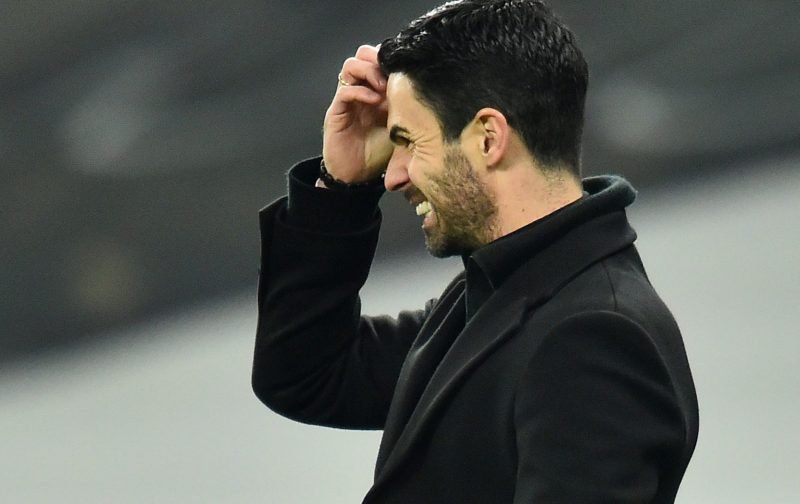 Mikel Arteta has labelled today’s match with Benfica as a ‘final’ as Arsenal look to beat their Portuguese counterparts and reach the Europa League last-16.

The Gunners are playing the ‘home’ leg of their tie in Athens due to travel issues concerning the current pandemic with the score locked in at 1-1.

Speaking in his pre-match press conference, the Spaniard claimed that the game is crucial for the club mentally and confidence-wise.

Arteta said: “It’s a big season and a really important game, mentally and confidence-wise. It’s going to dictate if we’re in another competition for a few more weeks. This is really what we need.” (via BBC)

It wouldn’t be a stretch to claim this game directly impacts the short-term future of Arsenal football club. Lose and their path into the Champions League is almost over with the club sitting 11 points off top-four. Win and Europe’s premier competition remains insight, boosting the side’s confidence ahead of the remainder of the campaign.

Finances have been stretched over the last few years with Arsenal reportedly paying ‘Champions League wages’ on a ‘Europa League budget’. However, the recent pandemic has made matters worse as proven during last summer’s transfer window.

Aside from the obvious on-pitch glory of welcoming the big wigs of European football back to the Emirates Stadium, the financial implications of reaching the competition are huge.

Losing tonight is not an option especially if Arsenal are serious about working their way out of their current demise. The Europa League is the only realistic route back to the promised land and you’d hope the Gunners can enjoy a deep run in the competition.