‘This is our strength’: Mustafi believes this aspect is crucial in pursuit of honours 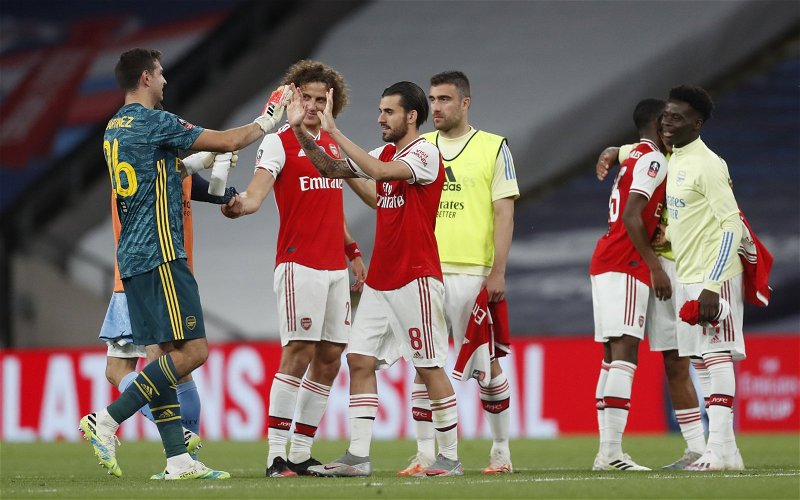 Shkodran Mustafi has claimed the way the Arsenal squad rallied around Nicolas Pepe after his red card at Leeds United demonstrates the culture needed to win trophies.

The Ivorian saw red after headbutting Ezgjan Alioski after the two were embroiled in a spat, one of the low points of Pepe’s career in N5.

In an interview following the 3-0 win over Molde, the German claimed that their reaction to his actions is a strength of the squad.

Mustafi said: “Nico is part of the team. We all make mistakes and we all go through periods where things aren’t going the way you want them to go, but I think the most important thing is that the team stays behind everyone and in my opinion, this is our strength.”

“If you want to win something or achieve something, those are the little details that can make the difference. I think the team responded really well and I think it was important that Nico lifted his hand and said sorry to everyone, and he’s still young as well.” (via Yahoo)

Whilst ability is key to winning major trophies, it’s hard to show off that ability if you aren’t in sync with your teammates. That takes a build-up of chemistry and brotherhood to occur and can be seen in many a title-winning team from years gone by.

Just take a look at one of the best teams in the country, Manchester City. Two titles in two years don’t happen unless you’ve got that togetherness and Nicholas Otamendi confirmed in an interview that following matches the squad eat together.

Take a look at an example more closer to home, the 2003/2004 invincibles, who following some crucial games would huddle up to celebrate and keep each and every one of their teammates motivated to carry on their title pursuit.

You can have all the quality in the world, but, if you don’t have teammates who are willing to run through a brick wall for you then you can forget about winning trophies. Chemistry and togetherness are crucial aspects in building a successful team.

In other news, Arsenal have been linked with a Serie A defender.