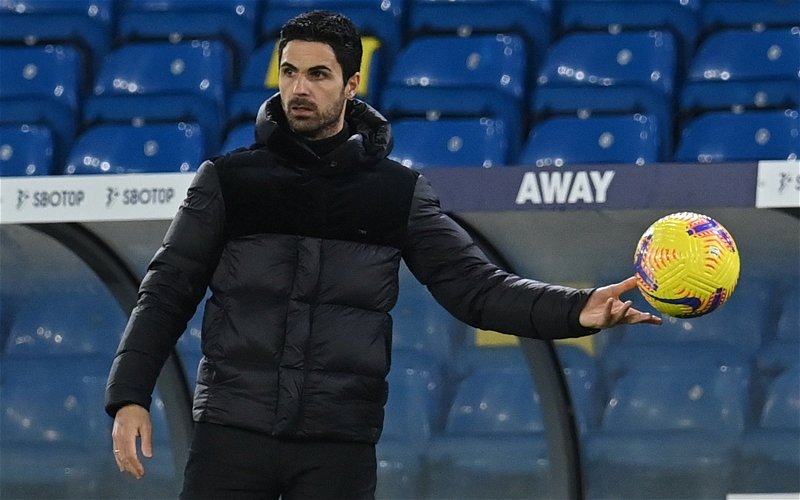 The Gunners were well-below par as Nuno Espirito Santo’s side secured the victory thanks to goals from Pedro Neto and Daniel Podence.

In an interview on talkSPORT, the former Crystal Palace owner claimed that the Spaniard has already set in his desired culture.

“He’s probably gone too far to the left in terms of left being defence and right being offence, and he’s concentrated in building a side that was capable of withstanding the biggest level of criticism that was they couldn’t defend. We’re not levelling that accusation against him so readily now, we’re now saying creatively they’re bankrupt. I think you’re more likely to get it right with Arteta. It’s always a risk, but I think there’s a real chance that he will be definitely right.” (via talkSPORT)

You can talk about all the culture change you want, but the fact of the matter is, Arsenal have not been good enough all season long. If you were suffering a minor blimp that lasts a few games then it can be forgiven. But, it seems the Spaniard is changing way too much which has made the side ineffective all campaign long.

The whole change from being offensive to being defensive seems to have seen the forward players like Pierre-Emerick Aubameyang, Alexandre Lacazette, Nicolas Pepe and Willian lose their confidence in the final third. None of the quartet have scored for the club in any of the last three Premier League games, highlighting the shocking lack of threat in the final third.

Meanwhile, the midfielders aren’t of the sufficient quality with none of the personnel having managed to score or even assist a goal in the top-flight. This was a struggle Arsenal possessed last season and given they finished eighth, you can see just how much it hurt them.

Is Arteta changing stuff behind the scene? Of course he is, but, how is that helping on the pitch? The Gunners have been abysmal on the field and if that can’t improve Arteta might find himself under all whole lot of pressure.