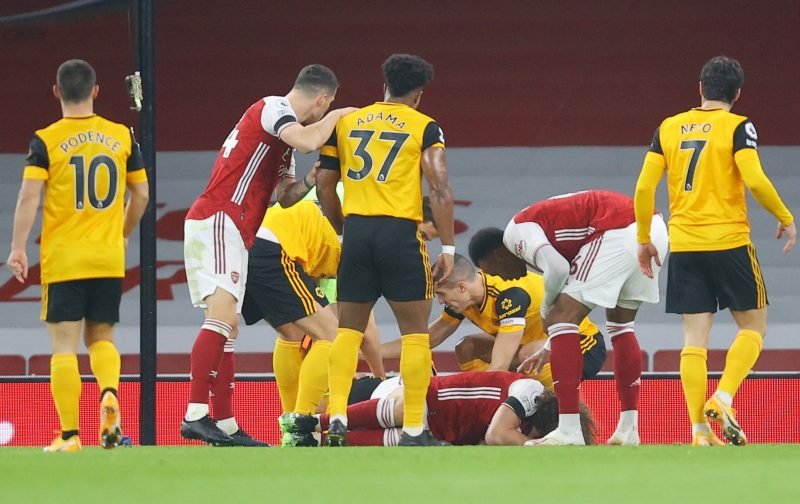 Mikel Arteta has confirmed that David Luiz was taken off at half-time of their clash with Wolverhampton Wanderers against the wishes of the Brazilian.

Having been treated by the medical staff, the 33-year-old was sent back on to the field of play with a white bandage around his head.

In his post-match press conference following the 2-1 loss, the Spaniard claimed that Luiz had a cut on his head after he clashed heads with Raul Jimenez, sparking the change for the second period.

Arteta said: “The doc made all the tests and followed all the protocols to make sure he was fine. He responded really well to all of them. But it was a nasty cut David wanted to continue but at half time we decided to take him out because he wasn’t comfortable heading the ball.” (via football.london)

Were Arsenal right to let Luiz carry on after his clash of heads with Jimenez? 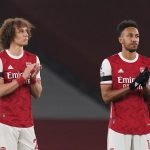 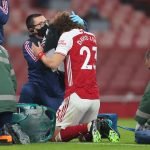 The former Chelsea man was taken off for Rob Holding at the start of the second half, however, the question remains, why was it done so late? If the club staff got the impression during the interval that the defender couldn’t head the ball properly, then what changed between the time he was allowed to come back on to the pitch and the conversations in the dressing room?

It proves to be wholly irresponsible from the club to let the wounded centre-back on to the pitch with his inability to head the ball very clear just minutes after the clash. With the ball having been played into the Gunners’ half, it arrived at the head of Luiz, who promptly headed it back tamely to a Wolves man in his only attempt all game.

Concussion is a very serious injury, which can cause long-lasting effects in later life for many professional footballers. FIFA have moved to allow special substitutions in the instance a player suffers a head injury, showing the severity of the problem.

Former referee Dermot Gallagher weighed in on the discussion and claimed that introducing concussion substitutions into football is ‘common sense’.

It’s quite shocking that Luiz was allowed to continue when it was clear to anyone with a pair of eyes, who watched the game, that he was not fit to do so. In all honesty, I think the FA should ask for more clarity from the north London outfit on the reasons behind such a stupid decision.

In other news, one Arsenal player is willing to take a pay-cut to seal a move away from the club.