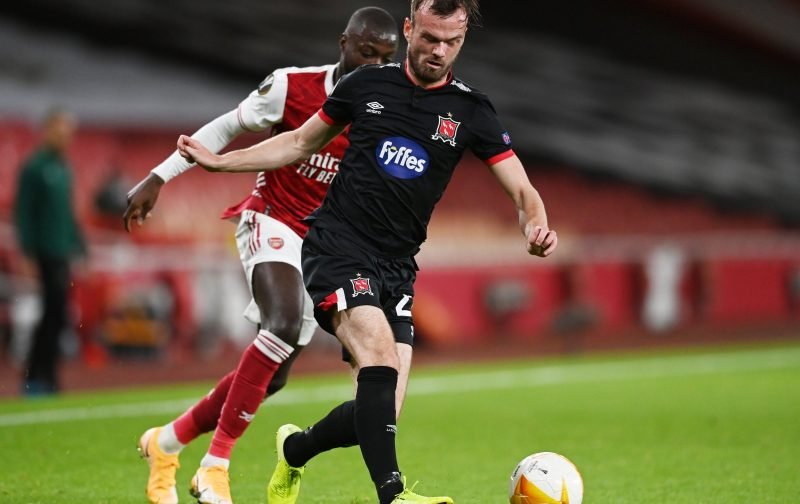 The Guardian’s Jonathan Liew has taken a sensational swipe at Nicolas Pepe after his red card during Arsenal’s draw with Leeds United.

The Ivorian saw red for an apparent headbutt on the Whites defender Ezgjan Alioski after the two became embroiled in a spat mid-game.

Liew sarcastically claimed that it was ‘selfless’ of the 25-year-old to get sent off in order to improve the team.

Liew tweeted: “Selfless from Pepe. Sacrificing himself to improve the team. That’s leadership.” (via Jonathan Liew) 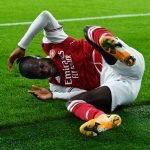 Whilst it may be humourous, nothing is further from the truth. Pepe did a stupid thing in getting sent off yesterday with his headbutt, however, in the first half, he was performing fairly well at both ends of the pitch.

Despite playing just 50 minutes, the Ivory Coast international still won the joint-most aerial duels and had the joint-third most shots on goal. It says a lot about how much of the game you watched when you claim the north London outfit improved after the £72m man’s sending off.

Going forward, the red card harms the Gunners, who have a tough couple of games coming up against the likes of Wolves and Tottenham  Hotspur. Mikel Arteta claimed yesterday that Willian suffered a muscular injury and that it was touch and go regarding Bukayo Saka, who went off injured despite having come on as a sub himself.

If anything the club are in dire need of Pepe and his quality in this moment in time. It was a shame he got sent off, however, with so many injuries casting him to one side will be a huge mistake from the former Manchester City coach.

In other news, Kevin Campbell has urged the club to sign this centre-back.